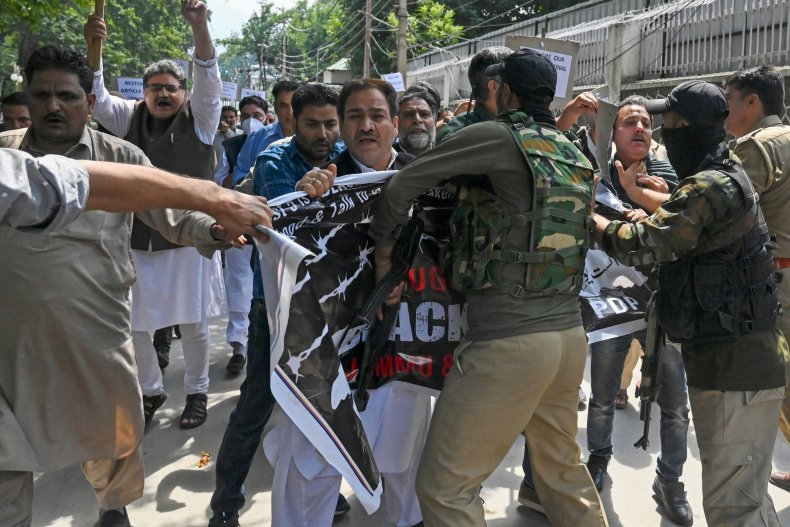 With the eyes of the international community on Russia’s ongoing war in Ukraine and a nascent crisis between China and Taiwan, Pakistan’s envoy to the United States told News week that high tensions over his country’s disputed border with India risked triggering another crisis.

Friday marked the third anniversary of India’s repeal of Articles 370 and 35a, a measure that revoked the special, semi-autonomous status of the Indian-administered part of the disputed region of Kashmir. New Delhi has argued that the move was necessary to improve the situation of the province ravaged by decades of insurgency, but Islamabad has dismissed the move as an illegal change in a long-running feud with an international dimension.

And while the decision continued to spark friction between two nuclear-armed South Asian rivals, Pakistani Ambassador Asad Majeed Khan said there has been a dangerous indifference to the issue on the part of the international community.

“Due to various international developments, for example Ukraine, the Indo-Pacific region,” Khan said, “the United States or other permanent members of the UN Security Council have not been able to pay much attention to Kashmir.

“So there is an ongoing period of inattention, which makes Kashmir a blind spot for the international community. This is dangerous because after all, Kashmir is in a very sensitive region and in this neighborhood there are three nuclear powers, Pakistan, India and China.”

And all three of these powers lay claim to part of the wider region of Kashmir, a vast expanse of the Himalayas at the heart of several major wars since the end of the United Kingdom’s colonization of the Indian subcontinent three-quarters of a century ago. The fate of Kashmir and its predominantly Muslim population led by a Hindu ruler sparked the first large-scale conflict between India and Pakistan, who would wage three more wars and continue to clash in recent years, with an uneasy, rare ceasefire only reached in February last year.

China, which has maintained close ties to Pakistan, claims far eastern Kashmir, where another disputed border exists between what India calls Ladakh and China Aksai Chin. The two powers fought a war over this region 50 years ago and clashes have resurfaced in recent years, most notably in a series of skirmishes that turned deadly in 2020, months after India incorporated Ladakh as a separate Union territory alongside Kashmir, officially Jammu and kashmir.

On the third anniversary of the move, China’s Foreign Ministry spokesman Hua Chunying told reporters on Friday that “China’s position is clear and consistent” on Kashmir.

“The Kashmir issue is an issue left over from the history between India and Pakistan,” Hua said. “This is also the shared view of the international community. We then indicated that the parties involved should exercise restraint and caution. In particular, parties should avoid taking actions that unilaterally alter the status quo or escalate tensions.

“We call on both India and Pakistan to resolve the dispute peacefully through dialogue and consultation.”

The anniversary of Friday also attracted international attention elsewhere. The Organization of Islamic Cooperation (OIC), which includes 56 UN member states, as well as the UN Observer State of Palestine, has in a statement condemned India’s “illegal and unilateral actions in the illegally occupied Jammu and Kashmir by India, followed by additional illegal measures.” , including illegal demographic changes.”

“Such illegal actions cannot change the disputed status of Jammu and Kashmir,” added the OIC, “nor affect the legitimate right to self-determination of the people of Kashmir.”

Indian Ministry of Foreign Affairs spokesman Shri Arindam Bagchi argued that the statement “smells of bigotry” and accused the OIC of pursuing statements “at the behest of a human rights serial killer and notorious promoter of cross-border, regional and international terrorism”. thinly veiled reference to Pakistan.

“The Union Territory of Jammu and Kashmir is and will remain an integral and inalienable part of India,” Bagchi said. “As a result of long-awaited changes three years ago, today it is reaping the benefits of socio-economic growth and development.”

And as some of those in Pakistani-Indian-administered Kashmir took to the streets to commemorate “Exploitation Day” in opposition to the Indian government, India’s Jammu and Kashmir Lieutenant Governor Manoj Sinha inaugurated the recently renovated Bakshi Stadium. and announced Friday, August 5. would become known as “Bhrashtachar Mukti Diwas” or “Corruption-Free Day” after a series of initiatives to bring public services online.

But unrest continued to brew in Kashmir itself, especially in Indian-administered Jammu and Kashmir. In addition to demonstrations on Friday in which protesters opposed to India’s withdrawal of special status and subsequent crackdowns clashed with security forces, insurgents have continued to carry out firearms and grenade attacks.

New Delhi has accused Islamabad of supporting militant groups in the region, but Pakistan has denied the charges and accused India of human rights violations against the 12 million residents of Jammu and Kashmir, most of whom are Muslims.

Pakistan’s Foreign Ministry called on India’s chargé d’affaires to “protest vigorously” against “the series of illegal measures taken by the Indian order to unilaterally alter the internationally recognized disputed status of the area and end its brutal military occupation.” accentuate.”

Khan told News week that, in the absence of international action against Kashmir, “the situation has deteriorated further”.

The United States, meanwhile, has remained relatively silent on the issue, largely considering it a bilateral matter. Washington, however, supported more diplomacy between Islamabad and New Delhi.

“Our policy on Kashmir has not changed,” a foreign ministry spokesman said News week. “We continue to support direct dialogue between India and Pakistan on Kashmir and other issues of concern.

“The pace, scope and character of any dialogue is a matter for India and Pakistan to determine.”

But even with last year’s ceasefire along the border and a change in Pakistani government that ousted then Prime Minister Imran Khan for current Prime Minister Shehbaz Sharif in April, involvement between India and Pakistan has remained slim.

See also  Tory leadership timetable: what happens next in the battle to become prime minister?

“It takes two to tango,” Khan said, “and Pakistan has always been willing to join India. We’ve been very proactive in pursuing that option, and it hasn’t worked out so far. So I think that’s a preference for us stays.”

In addition to bilateral dynamics, the conflict in Kashmir also has multilateral dimensions, especially in United Nations Security Council resolutions defining the area as disputed. Khan said he hoped for a UN effort to promote discreet talks on the issue and provide a platform for dialogue between representatives of India, Pakistan are the people of Jammu and Kashmir as “they are key stakeholders”.

As for the tense relationship between Islamabad and Washington, whose partnership was forged during the Cold War in conflicts such as the mujahideen’s resistance to Soviet intervention in Afghanistan in the 1980s and the 21st century “War on Terror,” Khan said. that he hoped to bring tires back on track.

The same “War on Terror” that brought the US and Pakistan together has also driven a wedge between them, as Washington has expressed concern about the presence of militant groups on Pakistani soil. The country’s relationship with the Taliban has also been under scrutiny in Washington, even as the group has increasingly established itself as an independent player in the wake of its takeover of Afghanistan following the US military’s withdrawal a year ago.

“If we were talking about a reset, we would be looking at understanding the parameters of our relationship after August 15, 2021,” Khan said, “because we were partners in the war on terror and that defined the relationship between the two countries. , but now we need to focus on non-security issues as well.”

And he said Pakistan’s close ties to China shouldn’t be a problem even as tensions between Beijing and Washington are skyrocketing over what has already been described as the fourth crisis in the Taiwan Strait.

“We understand that there is very, very fierce competition between China and the United States, the Western Bloc, and I think – I hope – they will be able to work on a win-win solution to the problems.” 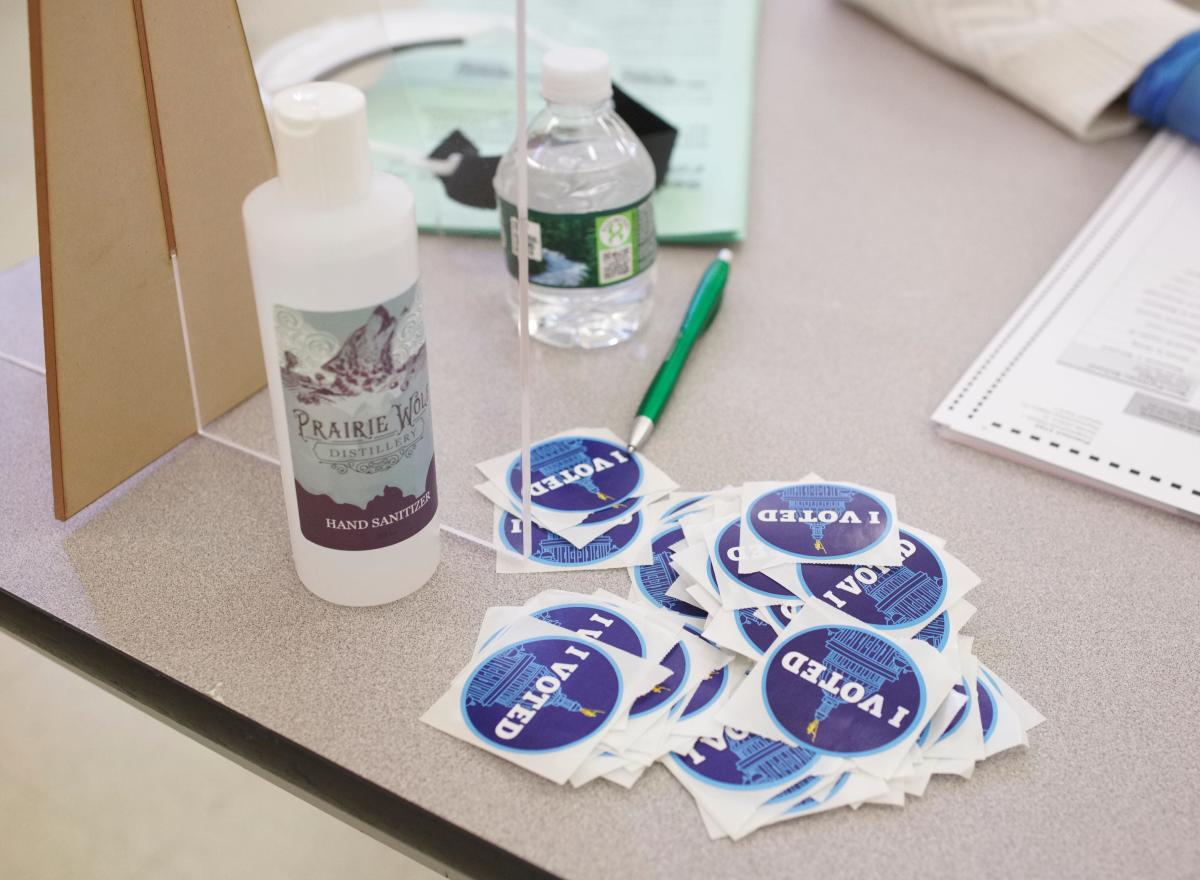 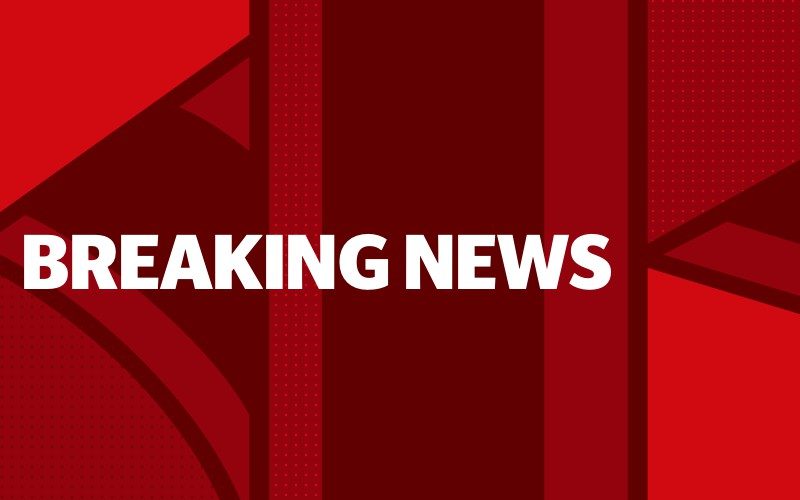 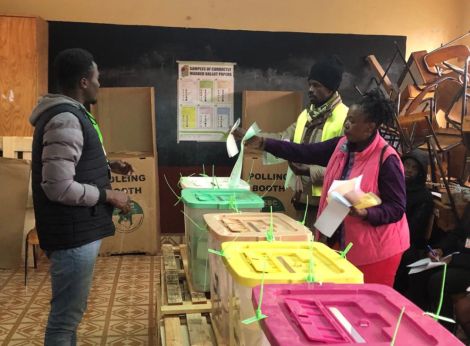 The New Zealand Times - August 9, 2022 0
A couple of North Kingstown teens are accused of forging signatures on nomination papers for a gubernatorial candidate.Jamestown Police Department announced Tuesday morning that...

Fahadh Faasil Reveals He Wasn’t To Be A Part Of Allu...