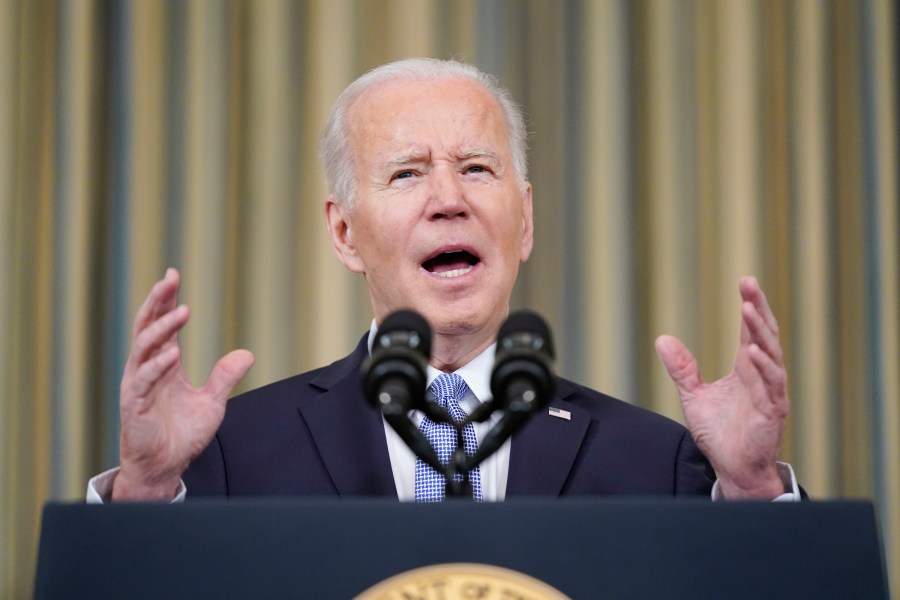 The DISCLOSE Act would require super PACs and other dark money groups to report those who contribute $10,000 or more during an election season.

Biden called a recent $1.6 billion donation to a political advocacy group the largest donation to such an entity in American history from a conservative activist who had worked to overthrow Roe v. Wade. The donation was only discovered by New York Times reporting.

“There is far too much money flowing into the shadows to influence our elections. It’s called dark money. It’s hidden. Currently, advocacy groups can run ads on issues that attack or support a candidate until election day, without disclosing who is paying for that ad,” he said.

And Biden noted that foreign entities are using money loopholes to try to influence the US election. The president said he has proposed to publicly fund all US elections “but I don’t have the support for that position”, calling this bill a second position “that’s very good”.

Senate Majority Leader Charles Schumer (DN.Y.) said Monday that the chamber will vote later this week on the bill, which was introduced in April by Senator Sheldon Whitehouse (DR.I.).

Biden urged Republicans to vote in favor of the legislation.

“Removing dirty money from our politics has been a two-pronged issue in the past,” he said, noting that the late Senator John McCain (R-Ariz.) was fighting for campaign finance reform.

Without the support of at least 10 Republicans, the legislation will fail in the Senate because it won’t get the 60 votes it takes to overcome the legislative filibuster.