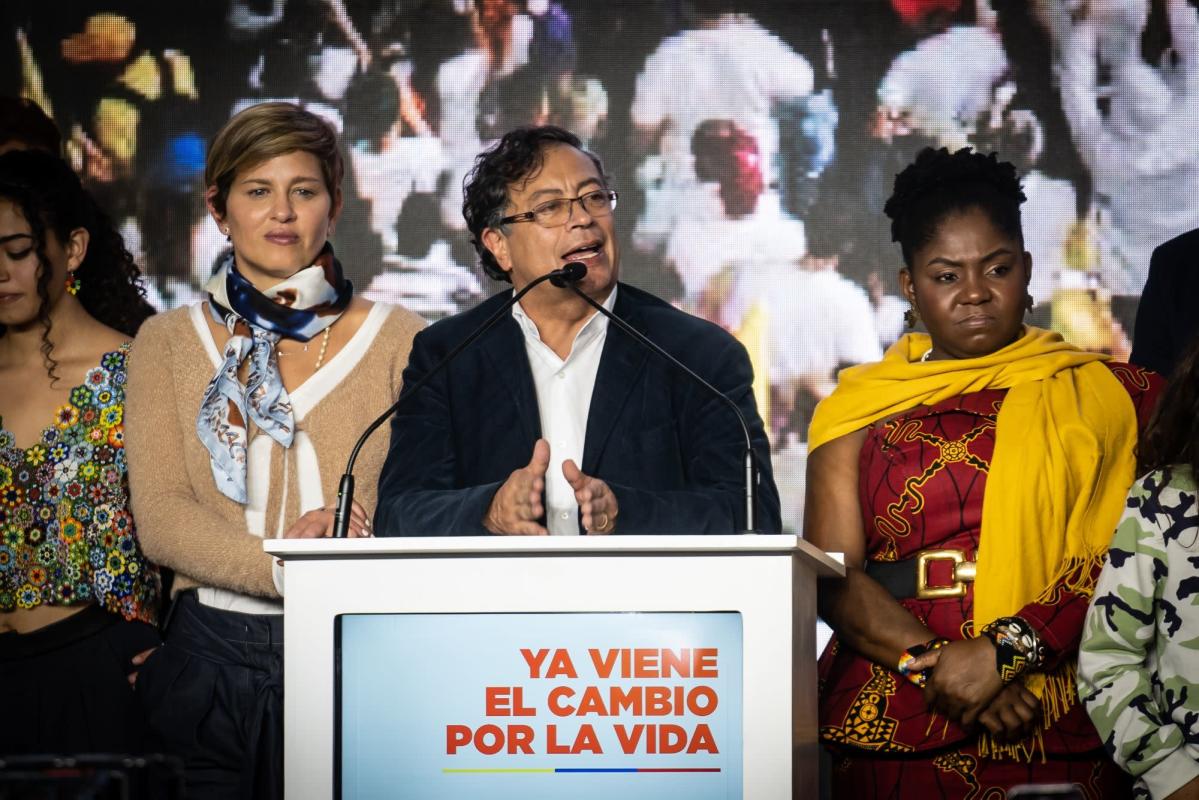 (Bloomberg) – Gustavo Petro has ceded his front-runner status for the Colombian presidency to a little-known 77-year-old construction magnate, a sign that voters are increasingly willing to bet on untested leaders promising change.

Rodolfo Hernandez’s surprise rise to second place in Sunday’s election sets up a June 19 runoff with Petro, a former Bogota mayor whose platform includes proposals to phase out the oil and coal industries.

Petro, 62, had been slated as the favorite to become Colombia’s first left-wing leader, but the upset prompted other candidates to quickly offer their support to Hernandez, potentially tipping the odds in his favor. Markets are expected to rally on Tuesday after a bank holiday on the belief that anyone would be better than Petro.

The result topples Petro, who presented himself as an agent of change unlike Federico Gutierrez, the conservative candidate seen as embodying the policies of the outgoing administration who came third and failed to qualify.

“Uncertainty is now multiplied because we are faced with a candidate who wants a profound change in policy and another where we simply do not know what he is proposing,” said Mario Gomez, managing partner for Colombia. of the public affairs and business consulting firm Prospectiva. “This fear and this panic that Petro produces is so strong that now it’s about giving me anything, but not Petro.”

Now Petro, whose political journey has taken him from guerrilla warfare to capital city mayor and senator, suddenly faces a real stranger in Hernandez, a hot-tempered, coarse-mouthed, and leaning businessman. populists whose only political experience is that of former mayor of the province. city ​​of Bucaramanga.

“Today we have to decide what kind of change we want, whether it’s killing ourselves or moving forward,” Petro said Sunday night onstage at his campaign rally surrounded by his wife, his children and his vice-president.

In a sign of his potential unease with Hernandez, he repeated a campaign line Gutierrez had deployed against him, saying “we can’t jump into a vacuum.”

The result upends the presidential race in Latin America’s third most populous country after voters in Peru and Chile elected unconventional presidents last year. This is another indication of how the desire for change driven by the inequalities exposed by the pandemic and exacerbated by inflation leads to unpredictable political outcomes.

Hernandez spent election day by a swimming pool at his country home near the northeastern provincial town of Bucaramanga. His speech after the results were released was a streaming video of him sitting alone in the kitchen as supporters gathered in a town square.

He has embraced social media as his most effective communication strategy, going viral on TikTok for videos castigating corrupt politicians and saying they should all be jailed. The virtual nature of his campaign means he has been able to largely avoid traveling the country, preferring to spend weekends with family rather than stage street rallies and take pictures holding babies.

On Monday night, the candidate posted a lengthy Twitter thread promising to leave behind “neoliberal policies” and saying his administration would be “independent” from recent governments that have ruled Colombia.

Hernandez is under investigation for potential irregularities in public tenders while he was mayor of Bucaramanga and resigned after being suspended from office. He was also filmed slapping a political opponent and often using swear words in public arguments.

“Hernandez entered the second-round race with an advantage given the likely support of conservative voters, but his victory is far from done,” said Eurasia Group analyst Maria Luisa Puig. “Hernandez’s narrow advantage can slip quickly as he is a largely untested candidate whose responsibilities have yet to be fully exposed.”

Petro, speaking on Sunday night, lashed out at Hernandez saying he risked his life fighting corruption in Colombia and that corruption cannot be trampled on with TikTok videos. Although it is unclear how well he will be able to convince undecided voters to support him given concerns over his proposals to overhaul pensions, the healthcare system and raise taxes.

In a broadcast via Facebook Monday night, Hernandez reaffirmed that he would remain independent and not form alliances with other politicians.

What is clear is that Colombia will move away from its more traditional parties that have driven the conservative pro-market economic model for decades. But either candidate will still rely on many of those parties to get things done in Congress.

“The only thing that is certain is that there will be no ‘normal’ government in Colombia for the next four years,” said political analyst Andres Mejia.