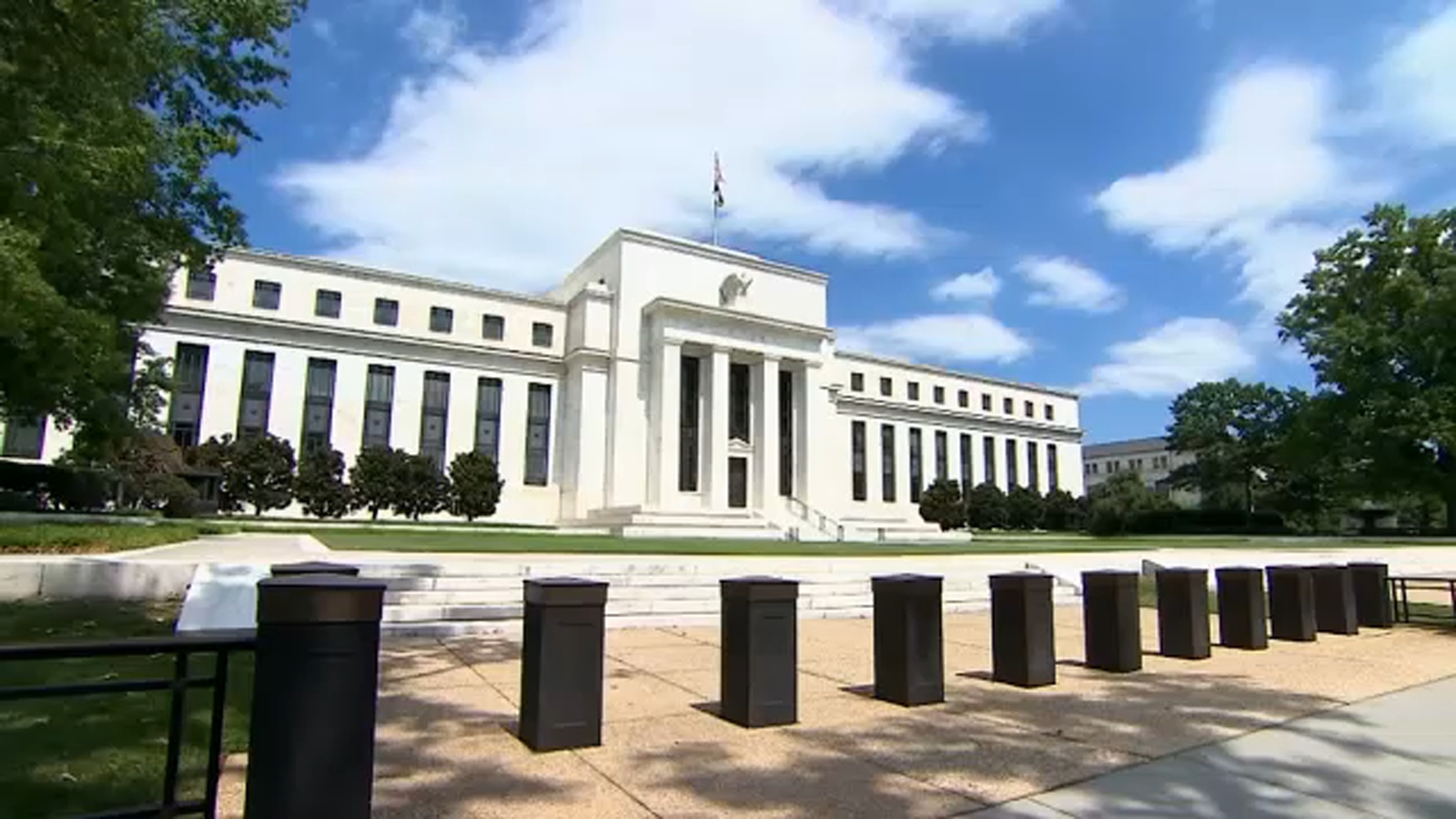 In its ongoing effort to quell high inflation, the Federal Reserve raised overnight interest rates to a range of 3% to 3.25% on Wednesday.

It is the fifth raise by the US central bank in six months and the third consecutive 75 basis point hike, which will put upward pressure on other interest rates across the economy.

For consumers, the Fed’s move will once again fuel the question of where to park their savings for the best return and how to minimize their borrowing costs.

Here are a few ways to position your money so that you can take advantage of rising rates and protect yourself from their downsides.

So you can expect an increase in your credit card rates within a few statements.

Currently, the average credit card rate is 18.16%, up from 16.3% at the start of the year, according to Bankrate.com.

Best Advice: If you have any balances on your credit cards — which typically have high variable interest rates — consider transferring them to a zero-rate balance transfer card that holds a zero-rate for between 12 and 21 months.

“That isolates you from [future] rate hikes, and it gives you a clear runway to pay off your debt once and for all,” McBride said. “With less debt and more savings, you’re better able to weather rising interest rates, and is especially valuable if the economy is deteriorating.”

Make sure you know what costs you will have to pay (for example, a balance transfer fee or an annual fee) and what the penalties are if you pay late or miss a payment during the zero-rate period. The best strategy is always to pay off as much of your existing balance as possible – and do so on time each month – before the zero-rate period ends. Otherwise, the remaining balance will be subject to a new interest rate that may be higher than before if rates continue to rise.

If you do not switch to a zero-rate balance card, a personal loan with a relatively low fixed-rate period may be another option.

Mortgage rates have risen by more than three percentage points in the past year.

The 30-year fixed-rate mortgage averaged 6.02% in the week ending Sept. 15, up from 5.89% the week before, according to Freddie Mac. That’s more than double what it was in mid-September last year (2.86%), and significantly higher than where it started this year (3.22%).

And the mortgage interest can rise even further.

So if you are about to buy or refinance a home, secure the lowest fixed rate available to you as soon as possible.

That said, “Don’t jump into a large purchase that isn’t right for you just because interest rates could rise. Rushing to buy a large item like a house or car that doesn’t fit your budget is a recipe for trouble. no matter what interest rates do in the future,” says Texas-based certified financial planner Lacy Rogers.

If you’re already a homeowner with a variable-rate line of credit, and you’ve used some of it to complete a home improvement project, McBride recommends asking your lender if it’s possible to fix the interest on your outstanding balance. effectively giving you a fixed rate loan. Let’s say you have a $50,000 line of credit but only used $20,000 on a renovation. You would ask for a flat rate to be applied to the $20,000.

If that’s not possible, consider paying off that balance by taking out a HELOC with another lender at a lower promotional rate, McBride suggested.

If you’ve been stashing cash with big banks that have paid next to nothing in interest on savings accounts and certificates of deposit, don’t expect that to change just because the Fed raises interest rates, McBride said.

That’s because the big banks are swimming in deposits and don’t have to worry about attracting new customers.

Thanks to the meager interest rates of the major players, the average savings rate is now just 0.13%, compared to 0.06% in January, according to Bankrate.com’s weekly survey of institutions on Sept. 14. The average rate on a one-year CD is now 0.77% on September 19, up from 0.14% at the start of the year.

But online banks and credit unions are looking to attract more deposits to fuel their thriving lending business, McBride said. Therefore, they offer much higher rates and have increased them as the benchmark rates get higher.

So shop around. Today, some online savings accounts pay more than 2%. And high-yield one-year CDs offer a whopping 2.50%. However, if you want to switch, make sure you choose only those online banks and credit unions that are federally insured.

Given today’s high inflation rates, Series I savings bonds can be attractive because they are designed to preserve the purchasing power of your money. They currently pay 9.62%.

But that rate only applies for six months and only if you buy an I-Bond at the end of October, after which the rate will be adjusted. If inflation falls, the interest rate on the I-Bond also falls.

There are some limitations. You can invest as little as $10,000 a year. You cannot redeem it the first year. And if you cash out between years two and five, you’ll lose interest for the previous three months.

“In other words, I-Bonds are not a replacement for your savings account,” McBride said.

Nevertheless, they will keep the purchasing power of your $10,000 if you don’t have to touch it for at least five years, and that’s not nothing. They can also be of particular benefit to people who plan to retire in the next 5 to 10 years as they will serve as a safe annual investment that they can tap into in their early years of retirement if needed.

The confusing mix of factors at play in the markets today makes it difficult to say which sector, asset class or company is sure to do well in a rising interest rate environment, Ma noted.

“It’s not just rising rates and inflation. There are geopolitical concerns going on… And we have a slowdown that could lead to a recession or maybe not… It’s an unusual, even rare, combination of multiple factors,” he said. .

For example, financial service providers can thrive in a rising interest rate environment because they can earn more money from loans, among other things. But if there is an economic slowdown, a bank’s overall credit volume may fall.

In real estate terms, Ma said, “the sharply higher interest and mortgage rates are challenging…and those headwinds could last for a few more quarters or even longer.”

Meanwhile, he added, “commodities have fallen in price, but are still a good hedge given the uncertainty in energy markets.”

He remains optimistic about value stocks, especially small caps, which have outperformed this year. “We expect that outperformance to continue over several years,” he said.

But broadly speaking, Ma suggests making sure your overall portfolio is spread across stocks. The idea is to hedge your bets as some of those areas will advance, but not all of them.

That said, if you’re planning to invest in a specific stock, consider the company’s pricing power and how consistent demand for their product is likely to be. For example, technology companies generally do not benefit from rising rates. But as cloud and software service providers provide subscription prices to customers, they could rise with inflation, said certified financial planner Doug Flynn, co-founder of Flynn Zito Capital Management.

To the extent that you already own bonds, the prices of your bonds will fall in an environment of rising interest rates. But if you’re in the market to buy bonds, you can take advantage of that trend, especially if you’re buying short-term bonds, ie one to three years. That’s because their prices have fallen more compared to long-term bonds and their yields have risen more. Usually short and long-term bonds move simultaneously.

“There’s a pretty good opportunity in short-term bonds, which are severely disrupted,” Flynn said. “For those in higher tax brackets, a similar opportunity exists in tax-exempt municipal bonds.”

Ma added that 2-year Treasuries, yielding close to 4%, “are attractive here because we don’t expect the Fed to go much beyond that level with short-term interest rates.”

Muni’s prices have fallen significantly, yields have increased, and many states are financially better off for it than they were before the pandemic, Flynn noted.

Other assets that could do well are so-called floating-rate instruments of companies that need to raise money, Flynn said. The floating rate is linked to a short-term benchmark rate, such as the Fed Funds rate, and so will rise when the Fed raises rates.

But if you’re not a bond expert, invest in a fund that specializes in making the most of a rising interest rate environment through floating rate instruments and other bond income strategies. Flynn recommends looking for a strategic-income or flexible-income mutual fund or ETF, which will include a range of different types of bonds.

“I don’t see many of these choices in 401(k)s,” he said. But you can always ask your 401(k) provider to include the option in your employer’s plan.