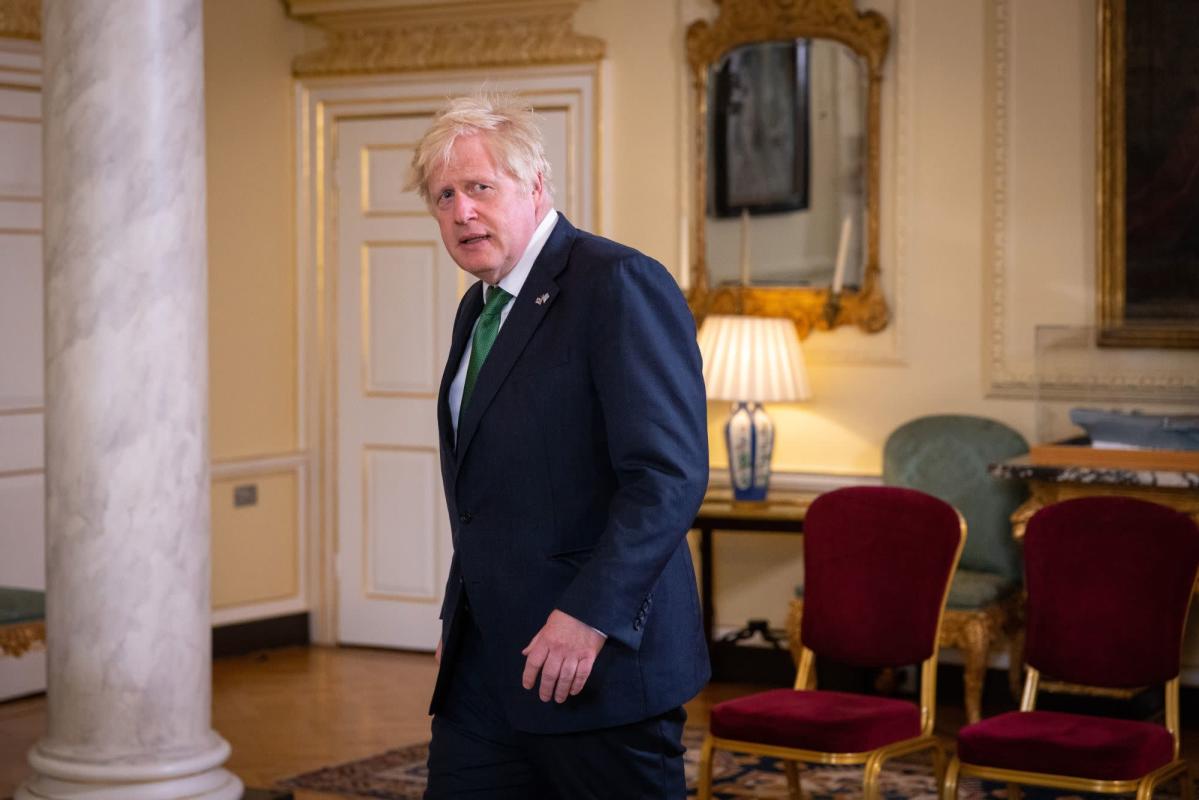 (Bloomberg) – Boris Johnson says it’s time to leave ‘Partygate’ and that he won’t ‘spend another second talking about this stuff’. But the drip, drip, drip of party dissent continues to mount.

Twenty-eight Tory MPs have explicitly said they believe he should resign. Thirteen others publicly criticized him. If 54 submit formal letters calling on him to step down, Johnson, 57, will face a vote of confidence among his party’s MPs.

While a long-awaited Civil Service report on illegal pandemic parties contained no hard evidence when it was finally published last week, the colorful accounts of the rule-breaking at No 10 have soured the mood among his MPs considering having to defend Johnson’s actions on the doorstep. With many of them already tired of what they see as a series of unforced errors and U-turns that have repeatedly embarrassed them, Johnson has effectively left piles of kindling lying around Westminster. A spark could be enough to send everything up in flames.

Read more: Johnson under threat: How Britain’s Tories are getting rid of their leaders

Here are some of the dangers:

The party atmosphere is disastrous

The Tory reaction to Partygate shows that there is no collective view on Johnson among the party’s 359 MPs. His allies view the scandal as contrived by the opposition and say the prime minister is making the correct “big decisions” on the pandemic and Russia’s war in Ukraine. On the other hand, some view Johnson as a disgrace.

It’s not just parties either. Some Tories are angry that they were asked to defend government policies, only to have the position reversed hours later. Johnson’s failed attempt last year to rescue a Tory MP – who broke ethics rules – continues to undermine him.

Breakdown of cost of living

Johnson’s response to the UK’s cost of living crisis offers insight into how the Prime Minister has divided his party. A £15bn ($19bn) support package announced 24 hours after Gray’s report was seen by many as imperative to tackle pressure on living standards. Yet mainstream pro-business Tories have accused Johnson of abandoning party principles by imposing a windfall tax on oil and gas companies, jeopardizing the Conservatives’ claim to economic competence.

To make matters worse, the decision came days after Tory MPs were ordered to publicly oppose the measure when it was introduced by the opposition Labour. The debate fuels Tory criticism that it’s unclear what Johnson and his government stand for – he talks about being a fiscal conservative but has raised taxes to their highest level in decades.

Voters have their say

The two parliamentary elections – both sparked by sex scandals involving the incumbent Tory MP – on June 23 loom large for Johnson. Opinion polls show the Tories are at risk of returning the former ‘Labour Red Wall’ headquarters of Wakefield, West Yorkshire to the opposition party.

Meanwhile, the traditional Tory ‘blue wall’ seat of Tiverton and Honiton in south-west England is being strongly contested by the Liberal Democrats. A defeat there would bolster the view of MPs in similar seats that Johnson’s focus on the North comes at the expense of traditional Conservative constituencies.

Losing both so soon after a local election would undermine the idea that Johnson is still the party’s best bet to fight the next general election, due in 2024. The latest YouGov projections show Johnson losing his own seat in a crushing defeat against Labour.

For now, the question is whether the rebels can muster enough support to trigger a vote of confidence. But a lot can change between the calling of a vote and the casting of the ballots.

If a heavyweight like Chancellor Rishi Sunak or Foreign Secretary Liz Truss made it clear that he would opt for the top job, the dynamic could change quickly. Winning the vote would – in theory – leave Johnson safe from another such contest for a year. But that’s no guarantee of safety: his predecessor, Theresa May, won a vote of confidence in December 2018 but was still absent from Downing Street months later as the Conservative Party tore apart over Brexit .

…and Partygate keeps on rumbling

Johnson refused to resign even after becoming the first sitting prime minister to break the law. So after Gray’s report revealed little that wasn’t already in the public domain, he was determined to move on.

But Gray did not investigate the so-called Abba party, for example, which allegedly took place at Johnson’s flat and included his wife and special advisers on the night the Prime Minister’s controversial aide Dominic Cummings quit his job. On Monday, Johnson’s spokesman refused to deny there had been another party – which has yet to be investigated – at the flat on the Prime Minister’s birthday in 2020, hours after the event for which he was fined with Sunak.

A parliamentary committee is now investigating whether Johnson deliberately misled MPs about parties, an offense that would normally merit his resignation. The committee is not expected to report until October at the earliest. It could be just as the Conservative Party meets for its annual conference.