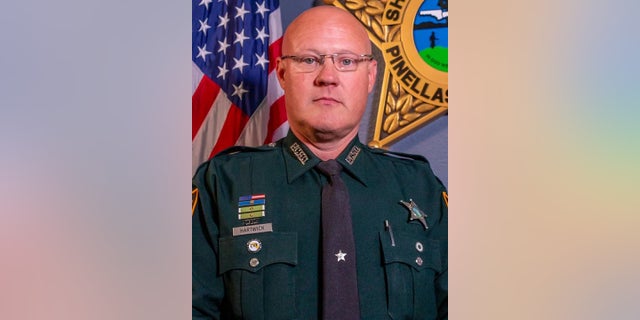 A man arrested for the death of a Florida sheriff’s deputy was living illegally in the United States, sources told TNZT News.

Juan Ariel Molina-Salles, 32, is accused of leaving the scene of an accident. The charges stem from the hit-and-run death on Thursday of Pinellas County Sheriff’s Michael Hartwick, a 19-year veteran who left behind two adult sons.

Hartwick was working on a traffic detail in a construction area overnight when Molina-Salles drove a front loader that hit Hartwick, Sheriff Bob Gualtieri said Friday. He said the driver of the vehicle was driving “I think too fast”.

MICHAEL MCCAUL: MY TEXANS ARE BROKEN BY BORDER CRISIS

After hitting Hartwick, Molina-Salles reportedly kept going, telling another construction worker that he had just killed a deputy sheriff. He then took off his construction hat and traffic vest and allegedly gave them to the worker and told him to hide them.

The worker, identified as Elieswer Gomez-Zelaya, dumped the items in the forest, Gualtieri said.

Gomez-Zelaya was in the US illegally from Honduras and was arrested and charged with complicity, authorities said.

When confronted by investigators, Molina-Salles gave them a false name and said he was from Puerto Rico, authorities said. He entered the US illegally on Oct. 25, 2021 through Eagle Pass, Texas, Gualtieri said.

He was turned over and sent back to Mexico by border police, he said.

“There is no evidence that he ever entered the United States legally, and he was here illegally,” Gualtieri told reporters.

Molina-Salles is said to have admitted to authorities that he came back to the US illegally via Texas and has been in the Tampa area since March. During the investigation, most construction workers on site gave authorities false names and lied, Gualtieri said.

“They hindered the investigation and did not give us answers to the questions we needed,” he said.

He added that the workers were employed by a company that did contract work for the State Department of Transportation. Molina-Salles told the construction company he built in Honduras before he was hired. He gave the company a fake ID card, authorities said.

The state’s Department of Transportation told TNZT News it follows strict hiring procedures, as do its contractors.

While it appears that these hiring processes, including a federal E-Verify approval check, have been followed and the individuals in question have passed this federal approval, the Department is initiating an internal review of this project contract. FDOT will also continue to support law enforcement efforts while the investigation continues,” the agency said.

The office of Florida Governor Ron DeSantis told TNZT News it was investigating the matter and wanted to determine whether illegal immigrants used false information to get jobs with contractors working with the state.

“As we gather details and investigate possible actions, we are once again reminded that illegal immigration is a serious and ongoing problem in the United States that has a multifaceted effect on Florida,” the statement said. “If this person’s illegal status played into his decision to cover up this incident, it just underscores one of the drawbacks our state faces because of the federal government’s open borders policy. The state of Florida is not a refuge and illegal immigrants are not authorized to work here. For reasons such as these, we will continue our legal efforts to ban and relocate illegal immigrants.”

TNZT News has contacted the U.S. Immigration and Customs Administration, the Department of Transportation and the company that hired Molina-Salles.

DeSantis has stepped up his efforts to deter illegal immigration by recently flying Venezuelan migrants in Texas to Martha’s Vineyard in Massachusetts, a move that infuriated Democrats. 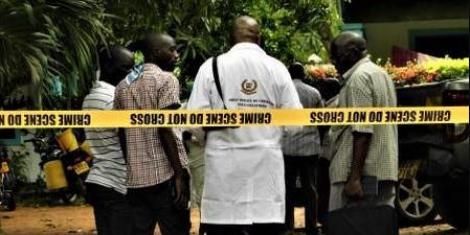