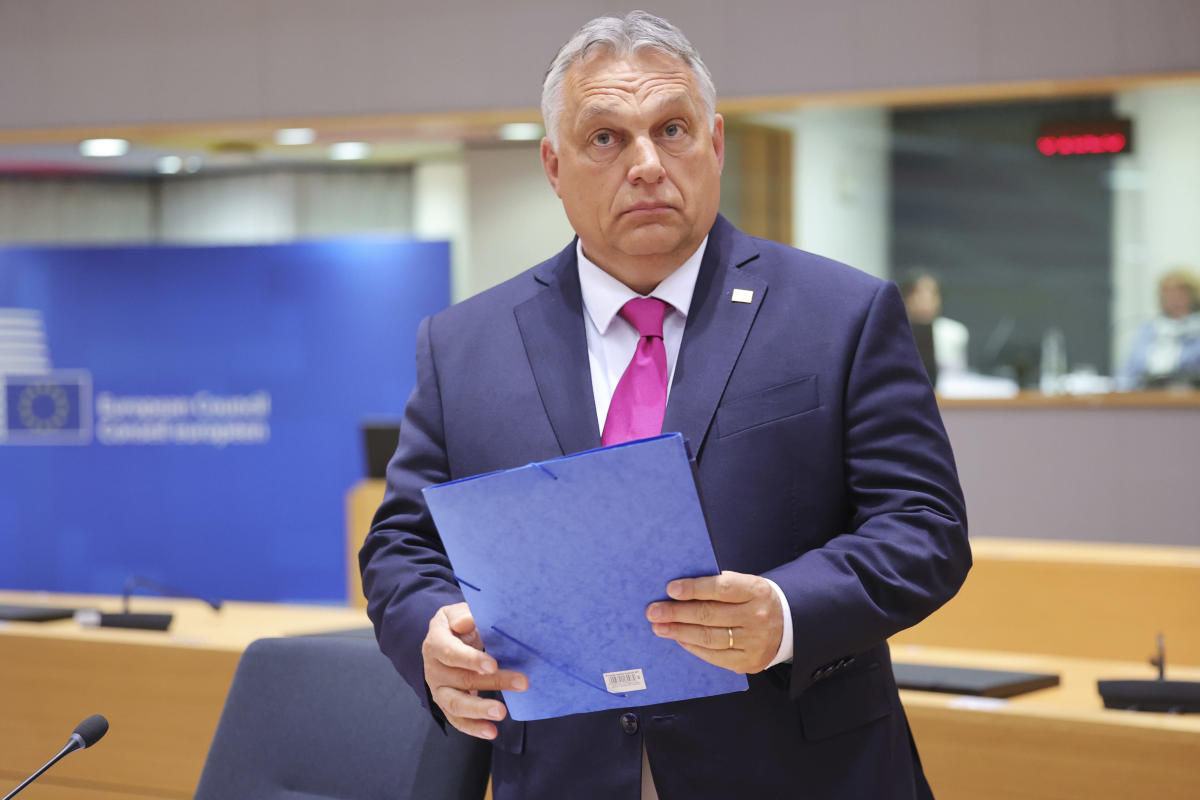 BUDAPEST, Hungary (TNZT) — Hungary’s division chief once again got his own way with the European Union — this time in tough talks over Russian oil at a summit in Brussels.

And Nationalist Prime Minister Viktor Orban has been quick to claim his success in leveraging the bloc to secure major concessions, allowing his country to continue buying Russian crude even as war rages in neighboring Ukraine. .

“The European Commission’s proposal to ban the use of Russian oil in Hungary has been rejected,” Orban said in a video statement on Facebook. “Families can sleep well tonight because the most outrageous idea has been avoided.”

The sanctions package, the sixth imposed by the EU since the war began in February, had been delayed by vigorous opposition from Orban – widely seen as the Kremlin’s closest European ally – who threatened to make derail the bloc’s efforts to punish Moscow for its wars if they affected energy imports to Hungary.

While the deal prohibits all Russian oil from being transported to the EU by sea, it allows a temporary exemption for imports delivered through the Russian Druzhba pipeline to certain landlocked countries in Central Europe – which Orban presented as a victory of Hungarian interests over what he portrayed. as potentially disastrous EU recommendations.

EU officials say the deal will succeed in cutting off 90% of Russian oil imports by the end of the year.

But it was the latest example of Orban breaking ranks with his European partners, dividing the bloc’s united response to crises and ensuring that Russian President Vladimir Putin still has an economic foothold in the EU.

Hungary, which gets about 65% of its oil and 85% of its gas from Russia, was alone among Ukraine’s European neighbors in refusing to provide military aid. He also banned the sending of lethal weapons to Ukraine across its borders, a policy that has drawn the ire of many EU leaders and Ukrainian President Volodymyr Zelenskyy.

Orban has also blocked other EU decisions that require unanimity from member states, including last year’s attempts to issue a joint statement on China’s crackdown on a pro-democracy movement in Hong Kong. and a joint call for a ceasefire in the Israeli-Palestinian conflict. — also in 2021 .

In 2020, Hungary joined its ally Poland in vetoing the EU’s seven-year budget and a massive coronavirus recovery plan, hampering efforts to revive European economies during the COVID-19 pandemic. and plunging the 27-nation bloc into a political crisis.

Yet despite Hungary’s refusal to adopt the oil embargo as proposed, European leaders hailed Monday’s deal as a success. European Council President Charles Michel tweeted that he was covering more than two-thirds of EU oil imports from Russia, “cutting off a huge source of funding for its war machine”.

Along with Hungary, the Czech Republic and Slovakia sought exemptions from the EU embargo, arguing that their dependence on Russian oil made an immediate cut unrealistic.

Slovakia gets around 97% of its oil from Russia through the Druzhba pipeline and has argued that the country’s main refiner, Slovnaft, needs to be retooled to be able to process any type of oil other than Russian crude, a process that could take several years. .

But Orban’s opponents see the pipeline concession as another example of the autocratic leader dividing the EU to serve his own ends.

In a tweet on Tuesday, Hungarian MEP Katalin Cseh said Orban had “brought Hungary into a desperate dependence on Russian energy”.

“He then declares ‘victory’ over the EU, whose solidarity and protection is our only chance,” Cseh wrote.

At home, Orban described the oil embargo debate as a fight to defend the wallets of Hungarians, particularly regarding household utility costs which have been subsidized by the government since 2013 as a flagship policy of the Orban’s government.

“The most important news is that we have defended the reduction of the costs of public services,” Orban said after the end of the European summit on Tuesday.