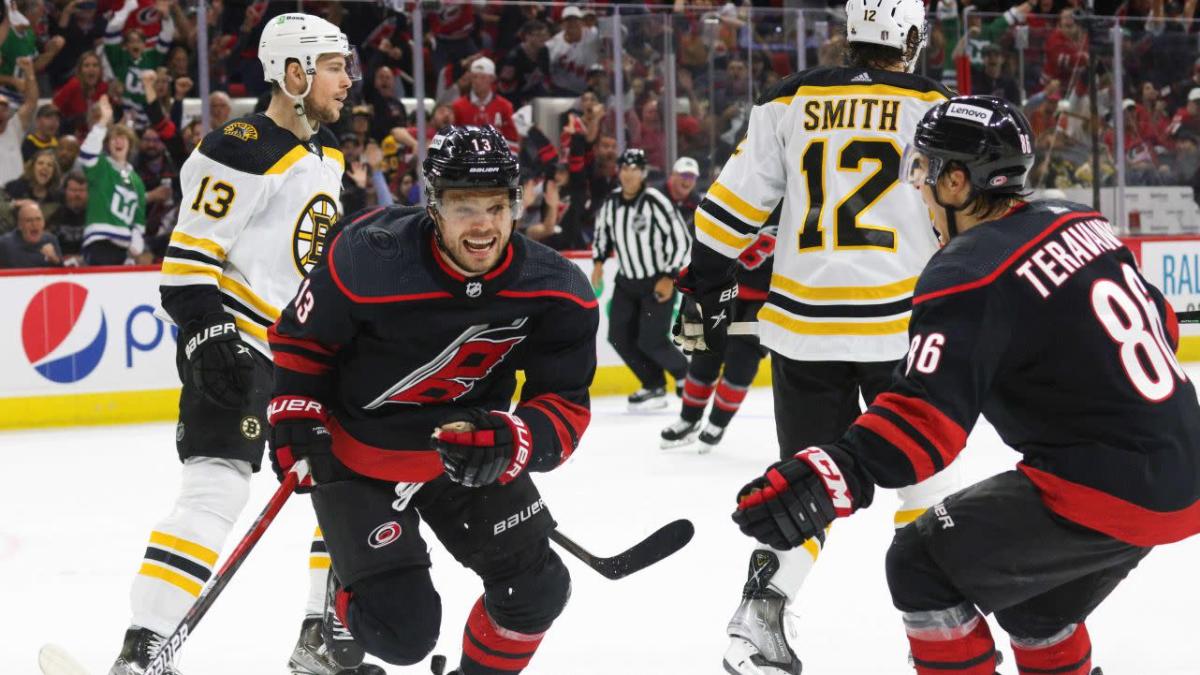 The Hurricanes knocked out the Boston Bruins in the first round of the 2022 Stanley Cup Playoffs with a 3-2 win in Game 7 at the PNC Arena on Saturday night.

Shortly after the final buzzer, the ‘Canes sent this tweet trolling Bruins fans:

The Hurricanes had some social media interactions with Brad Marchand earlier this year, and they trolled the Bruins after taking a 2-0 series lead last week. They are active on Twitter, to say the least.

This series victory must be very special for the Hurricanes given their recent playoff losses to the Bruins. The Bs knocked out the Hurricanes in the 2019 Eastern Conference Finals and 2020 First Round.

The Hurricanes will face either the Pittsburgh Penguins or the New York Rangers in the second round, while the Bruins begin what promises to be a pivotal offseason for the Original Six franchise.