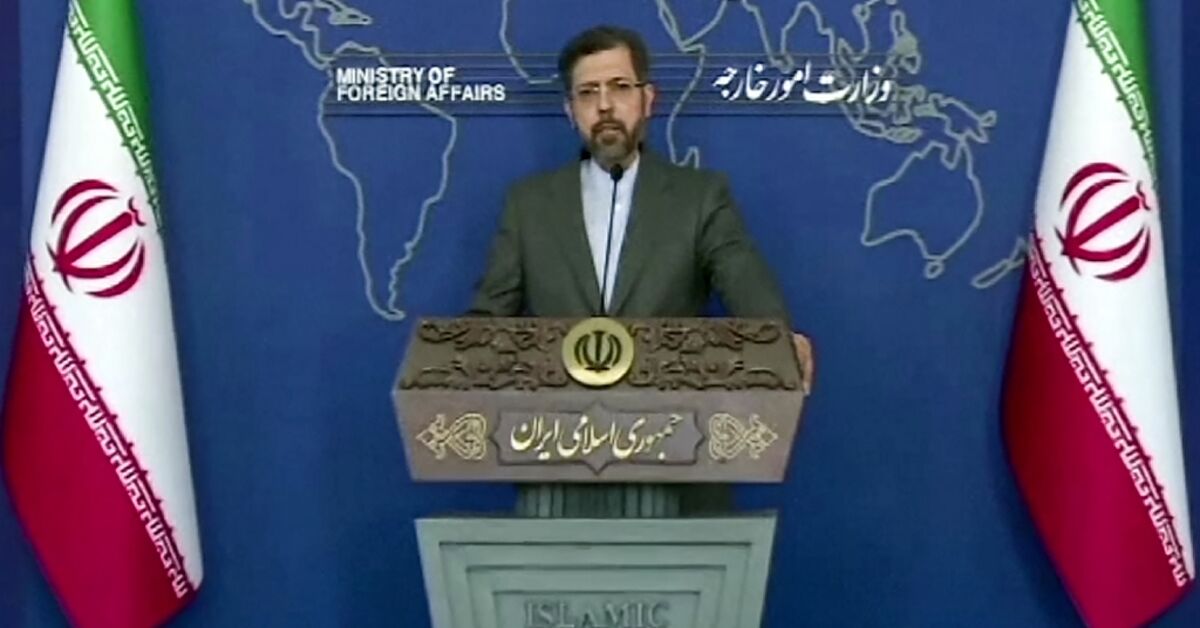 Iran on Tuesday called “unfair” a report by the UN nuclear watchdog on traces of nuclear material found at three undeclared sites.

The comments came amid stalled talks since March on reviving a 2015 nuclear deal between Tehran and world powers.

“Unfortunately, this report does not reflect the reality of the negotiations between Iran and the IAEA,” Foreign Ministry spokesman Said Khatibzadeh told reporters, referring to Monday’s IAEA report. International Atomic Energy.

“It’s not a fair and balanced report,” he said, adding, “We expect this path to be corrected.”

In the report, the watchdog said it still had questions that were “uncleared” about nuclear material previously found at three sites – Marivan, Varamin and Turquzabad – which had not been declared by the government. Iran as having harbored nuclear activities.

He said his longstanding efforts to get Iranian officials to explain the presence of nuclear material had not answered his questions.

Iran and the IAEA agreed in March on an approach to resolve the issue of the sites, one of the remaining obstacles to reviving the 2015 agreement. IAEA chief Rafael Grossi , is due to “report its findings” to the watchdog’s board of governors at a meeting scheduled for next week.

Officially known as the Joint Comprehensive Plan of Action, the 2015 deal relieved Iran of crippling economic sanctions in exchange for restrictions on its nuclear activities.

The parties to the pact with Iran saw it as the best way to prevent it from building a nuclear bomb – a goal that Tehran has always denied.

Then-US President Donald Trump unilaterally withdrew from the pact in 2018 and reimposed biting sanctions, prompting Iran to begin backtracking on its own commitments.

While most of the activity discussed in the IAEA report dates back to the early 2000s, sources say one of the sites, in Tehran’s Turquzabad district, may have been used to store uranium too. recently than in 2018.

Iran saw an Israeli hand in the latest IAEA findings.

“It is feared that political pressure from the Zionist regime and some other actors has shifted the normal path of agency reporting from technical to political,” Khatibzadeh said.

Israel on Tuesday accused arch-enemy Iran of stealing classified documents from the IAEA to help hide evidence of its nuclear program.

Israel is adamantly opposed to the 2015 nuclear deal and any effort to restore it.

“How do we know? Because we got our hands on Iran’s deception plan,” Bennett wrote. His tweet included a link to eight document files in English and Farsi, as well as photographs.

The files were part of a cache allegedly taken by Israeli agents from an Iranian warehouse in 2018.

Iran’s representative to the IAEA, Mohammad Reza Ghaebi, said earlier that the IAEA report “does not reflect Iran’s extensive cooperation with the agency.”

“Iran considers this approach not constructive for the current close relations and cooperation between the country and the IAEA,” he said, adding, “The agency should be aware of the destructive consequences of publication of such one-sided reports”.

In a separate report released on Monday, the IAEA estimated that Iran’s stockpile of enriched uranium had reached more than 18 times the limit agreed in the 2015 deal.

Iran is calling for all sanctions that followed Trump’s 2018 withdrawal to be lifted.

“The pause in the negotiations is due to the fact that the United States has not given a response to the initiatives proposed by Iran and Europe.