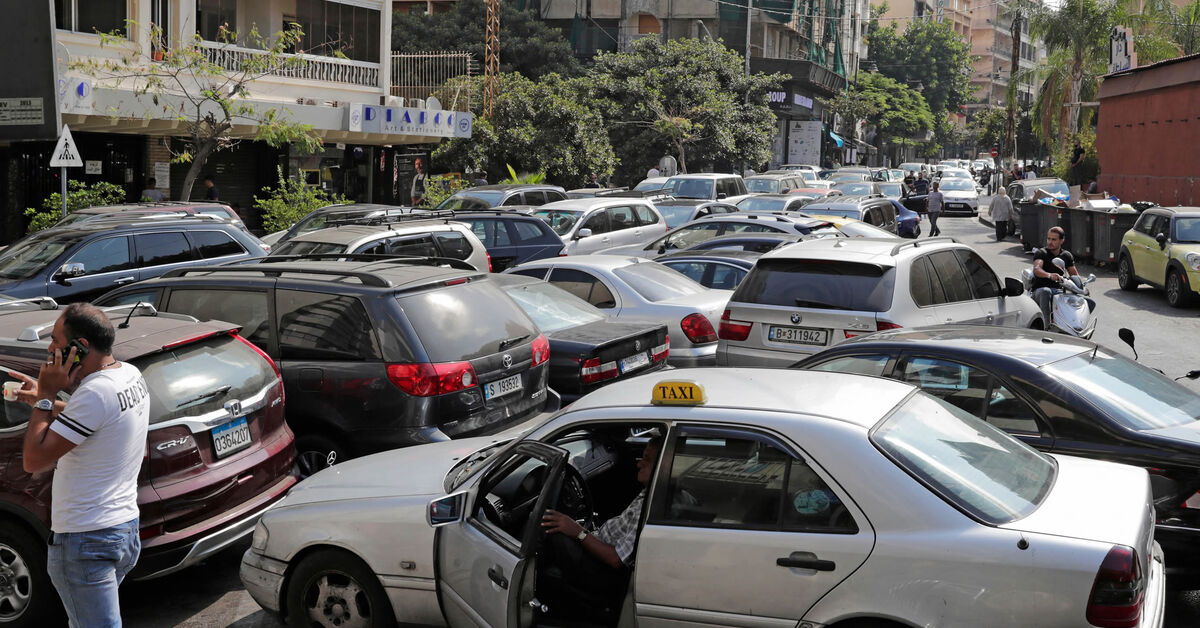 BEIRUT – Lebanon’s central bank has lifted its remaining subsidies on fuel, declaring on Sept. 12 that it will no longer provide US dollars for gasoline imports, a move that will force Lebanese to buy fuel at a volatile market rate.

Until recently, the central bank insured 40% of fuel import costs in US dollars at sub-market rates set by its foreign exchange platform known as Sayrafa. The electronic platform developed by the bank fixes the exchange rate at a daily pricing close to the parallel market exchange rate and now stands at about 28,000 Lebanese pounds against the US dollar. The other 60% was paid in dollars by importers on the black market.

The latest central bank decision to lift subsidies forces gas station owners to pay the full price of fuel at the country’s black market rate, with the dollar trading at about 37,000 Lebanese pounds on Sept. 15.

In previous months, the central bank had phased out its expensive subsidy program. The complete end of subsidies will inevitably be a burden to the poor country facing a crushing economic crisis.

The cut in subsidies will be felt most by poor and limited income Lebanese, especially in light of the lack of available transport alternatives to private cars.

However, despite the total elimination of subsidies, the price increase of 20 liters of petrol (petrol plate) was limited to about 20,000 Lebanese pounds.

Mayada Abdullah, 40, works at a private university in Beirut and lives in Kfarshima on Mount Lebanon, told Al-Monitor: “Every time we go to the gas station, we are shocked by the rising prices. I end up paying at least 1.5 million or 2 million Lebanese pounds to fill up my car. The problem is that my car has a 6 cylinder engine [which consumes lots of fuel]. I’ve been trying to find another car that offers better fuel economy before the rise of the new customs dollar. But I couldn’t afford to buy one.”

She added: “The dollarization of gasoline is diminishing my purchasing power. Although I get a percentage of my salary in fresh US dollars, I end up spending it on gas and car maintenance. I can’t afford to retire under the current circumstances, but I can’t spend all my salary on gas either. I fear the worst in the future. How high will the fuel plate price go? But this is not the only problem, as the prices of all goods and services in Lebanon are rising day by day. No one knows how long we’ll last.”

Further exacerbating the stifling economic crisis for consumers is the lack of alternative goods in many cases, which, if they existed, would incur exorbitant costs.

Ali Fakih, a 50-year-old father of three and head of the National Social Security Fund office in Zahle, in eastern Lebanon, told Al-Monitor: “A while ago I started to think there was no point private car because it was no longer possible to use it amid the high price of petrol, I never thought I would go from my home in Beirut to my workplace in Zahle with the informal minibuses and buses of public transport. But this is what I do every day now, yet I can barely afford the transportation costs, which I fear will also rise, while our meager salaries remain unchanged.”

The situation has also worsened as some gas stations no longer allow their customers to pay for fuel in Lebanese pounds, even at the black market exchange rate.

Hussein Daoud, 40, a father of two who works in construction, was surprised when an employee at a gas station in the south asked him to pay in US dollars. “Two days ago I paid $18 for a gas plate. If I hadn’t had this amount in dollars, I would have been forced to go to an exchange office to get US dollars,” he told Al-Monitor.

Muhammad Amhaz, 38, who works as a freelancer at a civil society organization, told Al-Monitor: “Now I only go out when I have to because taking a taxi from my home in Mount Lebanon to Sodeco in Beirut will cost me 300,000 Lebanese, for example. pounds a day, and I make about 7 million Lebanese pounds a month. Before 2019 it cost me only 15,000 Lebanese pounds.”

He said: “The worst part is that the alternative is not much cheaper. The owner of a tuk-tuk asked me 260,000 Lebanese pounds for the same ride. Now I’m waiting for my wife to finish her job at a cafe in Badaro so we can go home together to cut costs.”

Lebanon has been experiencing the worst economic and monetary crisis for three years now, which has negatively affected people’s lives and livelihoods. The Lebanese are waking up every day to the news of rising consumer goods prices and rising dollar rates.

According to a World Bank report released on Aug. 3, “citizens end up paying double and receiving low-quality products or services. The impact is also highly regressive as it affects the middle and lower income groups much more significantly.”

The fuel price crisis started more than a year ago, when fuel shortages prompted people to stand in long lines at gas stations for hours.

Jassem Ajaka, an economics professor at the Lebanese University, told Al-Monitor: “Half the quantities of imported fuel are smuggled by traders outside Lebanon. The move to lift the fuel subsidy is intended to stop the drain of the central bank’s foreign reserves and is in response to the request of the International Monetary Fund. The state must try to stop the smuggling, control the market and prevent price chaos.”

Ajaka believes that the prices of most fuel-related goods and services will inevitably rise and that people will certainly bear the brunt of this move.

Currently, the increase in fuel price has no cap and will be subject to change in accordance with international oil prices and the fluctuating exchange rate of the dollar on the black market.

The Lebanese will have to monitor fluctuating fuel prices on a daily basis for fear of pricing chaos. But the most pressing question remains which dollar rate will be applied to the new fuel prices.