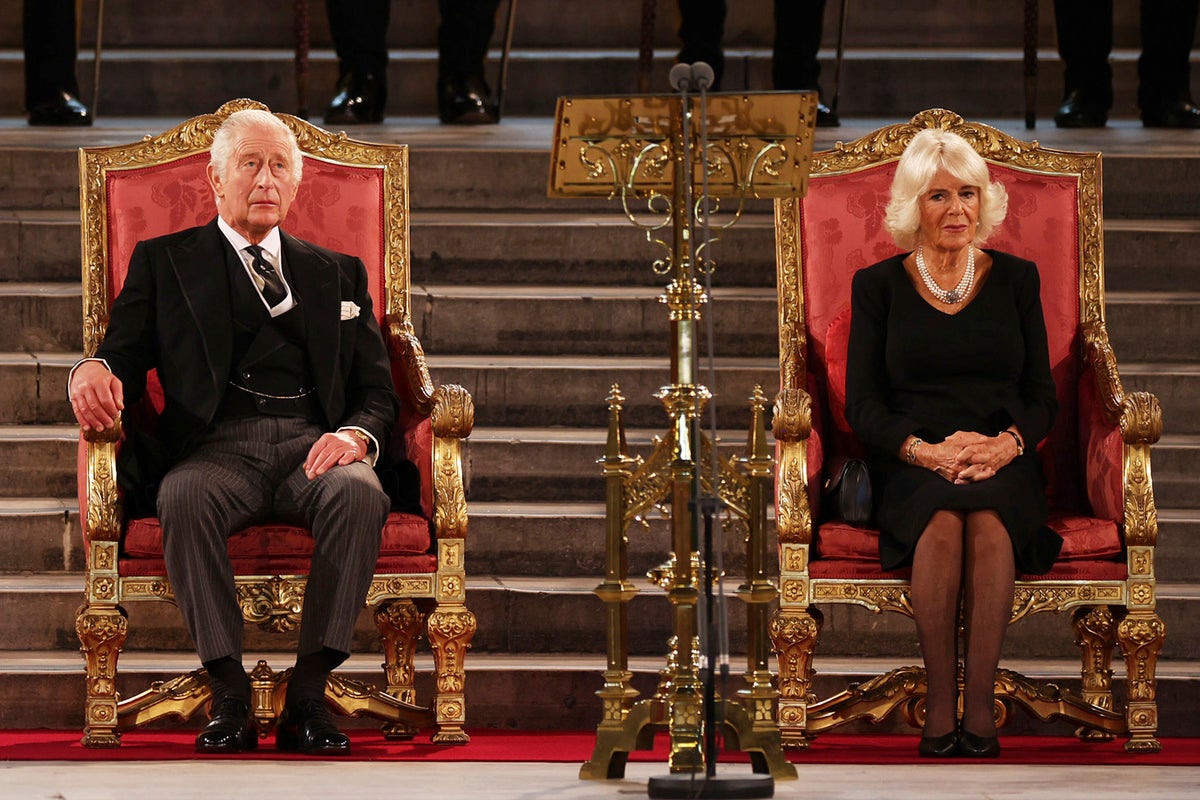 Our public sphere is stifled. Multiple arrests for the mildest public protests against King Charles’ accession; wall-to-wall positive media coverage with barely a single Republican stance; parliament adjourned at a time of desperate concern for working-class families; major sporting events have been canceled and even children’s football has stopped.

It is clear that there are many people across the country mourning the death of the Queen. It is right that they should be given the opportunity to do so. But there is also a significant part of the population – including a large and growing number of young people – who do not believe in hereditary privileges, do not agree with King Charles’ accession and want a different kind of political system. We deserve to make our voices heard.

We are in the midst of a crisis – not just of the cost of living, but of inequality. Energy bills weigh on household budgets as utility companies bring in billions in profits. Wages are under pressure from rising inflation as billionaires get richer by the day. The accession of a very wealthy aristocrat to the monarch, adjourning parliament at a time when solutions to the cost of living crisis are desperately needed, is a hallmark of this crisis, not an interruption of it.

Being king, on top of an unequal and unjust economic system, means having your own rules. Charles III, for example, will pay no estate tax on his mother’s private estate, while the public will have to pay 40 percent on anything inherited above a threshold of £325,000.

The monarch is also immune from dozens of other laws: King Charles will be exempt from having to comply with various labor rights, health, safety and pension laws, while the police will actually be barred from entering his private estate to investigate crimes without the crown’s permission. Shockingly, employees of the royal household cannot file complaints about sexual and racial discrimination.

This story is one we know well – because it’s not exclusive to the royal family. For the past 40 years we have lived under an economic system that has given the rich more and more power at the expense of the working people. The welfare state has been destroyed, housing has become unaffordable, workers’ rights have been eroded – and the rich have become richer.

The news that dozens of King Charles employees have been laid off amid an incredibly busy work period and a cost of living crisis reflects an experience that will be familiar to many workers across the country. A spokesman for Clarence House, the King’s London residence for nearly 20 years, said they were “urgently working to find alternative roles for the largest number of staff possible”.

In this regard, the monarchical regime and its foundation in hereditary privilege must be questioned. The role of the monarchy in British colonialism is a good start. August marked the 75th anniversary of the partition of the Indian subcontinent, when a British official divided the area after spending 10 weeks in the region. More than a million people died as a result.

As Pakistanis grapple with the realities of climate collapse, it is clear that the legacy of the empire is an ongoing disaster for many. The unimaginable wealth of the royal family is based on the forced transfer of wealth and resources from the global south to the treasury of Britain. Our country must help build a new system that delivers justice for all – but this can only happen if historical mistakes are recognized as part of our national narrative.

Just as silence reigns when it comes to Britain’s colonial past, we are also told that silence is the only respectful way amid the death of one monarch and the accession of another – even at a time of deep national crisis. . There is a tone to be struck when some mourn, but it is wrong to suspend politics altogether.

Parliament has been suspended and Keir Starmer has told Labor MPs that the only media-related activity they can engage in is to pay tribute to the Queen in their local newspaper. The looming rise in bills in October: silence. The shooting of an unarmed black man in London: silence. These problems cannot wait. The people of this country urgently need a government that will take decisive action to help them – not a self-imposed pause, however respectful the intention may be.

To keep up to date with the latest opinions and comments, sign up for our free weekly Voices Dispatches newsletter at click here

Some have bravely decided to put forth their Republican faith, standing with placards or shouting slogans at official events. They were either moved quickly or arrested by the police. The leader of my party, no less a human rights lawyer, questioned the ‘respect’ of the protesters and refused to criticize the heavy-handed police. Now that dissent has been criminalized, his disregard for the democratic right to protest at a time of deep economic and political turmoil is deeply concerning.

See also  Please, for the love of God, stop knocking out winners at award shows

But there is also a broader point here. The manner in which protesters have been treated and the manner in which Prince Andrew’s reputation is carefully restored is indicative of deep inequality in our country. You’ll be arrested for yelling “Andrew, you’re a sick old man,” but you’ll get full British state protection if you’re a prince and US prosecutors want to question you about child sex crimes.

Which brings us back to the main tenet in the argument for reviving the republican movement. Our country suffers greatly from inequality – that is, from ordinary people getting screwed while the rich and powerful get away with what they want. It follows, of course, that no one should have the divine right to represent our nation as head of state.

Democracy is important. Without it there is no accountability and no justice. In our political institutions, in our workplaces, there must be mechanisms through which we can hold powerful people accountable and make our voices heard. These are the principles that should define our country and our world.