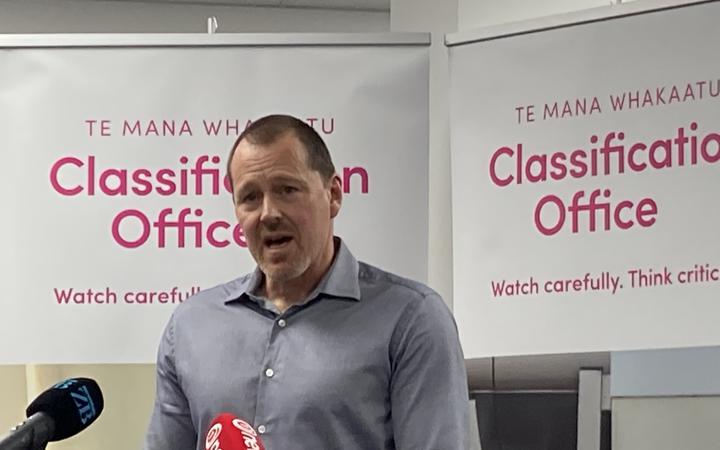 The Office of the Chief Censor used to worry about the odd book, movie, or video game pushing the envelope. These days, it’s extreme stuff posted online that makes up the bulk of the work. David Shanks is leaving the top job as the government embarks on an overhaul of the regulation of all media content to ‘better protect us from harm’. Could this compromise fundamental media freedoms?

Twenty-five years ago, Massey University media experts Chris Watson and Roy Shuker studied the state of censorship in a book titled In the public good?

There are chapters on film, television, music, literature and computer games with classic cases that have made headlines over the years like Lady Chatterley’s lover, Lolita, Last Tango in Paris and mortal combat.

Only the last chapter of the book reflected on digital technology and the future – and most of it concerned the alarm over adult content being broadcast on satellite TV.

But the internet was already up and running by then – and in 1995 National MP Trevor Rogers drafted a bill requiring phone companies to block online pornography and violence.

It was going nowhere by then – and Rogers only lasted one more year as an MP.

But the system for regulating media content – and its censorship – has hardly changed since then. 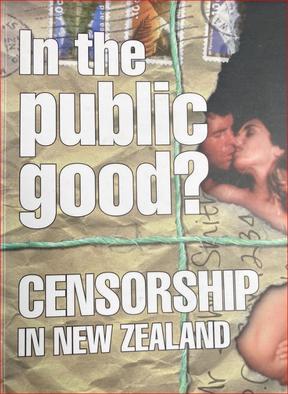 A snapshot of censorship in New Zealand in 1998.
Photo: photo/RNZ Mediawatch

In 1998, Watson and Shuker said that media headlines about Internet pornography had an air of “moral panic.”

Young people at the time were not overly interested in it, judging by what they had seen on TV One.

“On the Holmes Show, the boys and girls of a town college were firm in their assertion that they had found only the material Holmes wanted for his program at his insistence,” the book notes.

“It’s not really that easy to find, download or reproduce for free,” they said.

But that wasn’t the case for a long time – likewise, content created by extremists and even terrorists.

Facebook and YouTube were up and running in just a few years – and live-streamed violence was possible long before the March 15 atrocities in Christchurch sickened that country a quarter of a century later.

In recent years, online indecency and violence have dominated the workload of official censors.

In March 2019, Chief Censor David Shanks made headlines by banning the video of the Christchurch mosque atrocity and the racist manifesto behind it.

In 2020, the law was urgently amended to make live streaming of objectionable content a specific criminal offense and to empower the Chief Censor to immediately classify a post to stop the online broadcast.

But the government dropped proposals to filter the internet and block entire websites after freedom of speech advocates and some politicians refused.

“All that stuff does. . . forces the material underground, where we cannot see it. This is not the New Zealand way,’ Bridges told parliament

National’s spokeswoman for media and broadcasting, Melissa Lee, called it “the start of. the next national debate on free speech and censorship in New Zealand”.

This was not the case – but it could be triggered by subsequent government plans to reform media regulation and censorship. 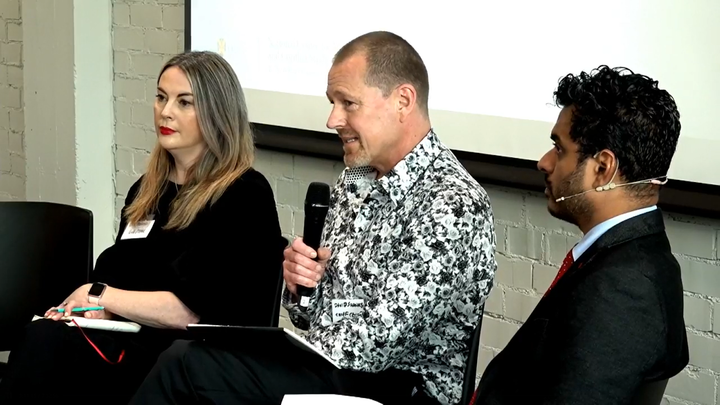 Chief Censor David Shanks speaking at a conference on social media and democracy at the University of Otago this week.
Photo: screenshot / facebook

Apart from the Classification Office, only the Broadcasting Standards Authority, which has jurisdiction over online content from television and radio and broadcasters, has statutory powers and government-appointed members.

The New Zealand Media Council runs a watchdog for news publishers and the Advertising Standards Authority enforces the rules for advertisements. Both are self-regulated and funded by publishers and advertisers themselves.

Nearly a decade after the Law Commission first called for a body with a “coherent set of standards” for all media, the Home Office has proposed a new system to “better protect New Zealanders of harmful content”.

But not only is this mission very different from meeting agreed standards, but “harm” also means very different things to different people – with different ideas about the limits of free speech.

When David Shanks came to the end of his five-year term last week, he said the review of government content regulation presented a real opportunity to tackle “the growing tide of misogyny, hate speech , racism and misinformation across much of the internet.”

News media executives are wary of any single regulator incorporating the power to censor and block online content that also has power over them.

“I don’t think they should be worried, but I can understand some reservations about what the change will mean,” said David Shanks. Mediawatch.

“All over the world you have regulatory structures that reflect the world as it was. And it’s important to keep some of those distinctions clear as we work out what comes next. But I think you can do it,” he said.

“Freedom of the press is important – and the ability to report without anxiety and concern that there might be legal liability for some sort of illegal material.

“One of the most interesting foreign comparators I’ve seen is Ireland, where they’re looking at . . . an integrated office, but within that a broadcasting commissioner or a content commissioner with a separate jurisdiction. This kind of model makes sense to me,” he said. He also cited the EU’s Digital Services Act which aims to create “a safer digital space where the fundamental rights of users are protected and to establish a level playing field for businesses”.

“They’re saying, ‘Look, if you’re running an online platform, distributing content and profiting from it, you’re sort of a broadcaster – but we have to accept that you don’t have the kind of editorial the control and oversight that a traditional broadcaster has, so we’re going to have some transparency standards, some basic standards of what you need to do to keep your users safe – hate speech moderation and so on. a bit of a mix.”

Any blatant anti-social violations by the media here may be dealt with by other laws such as the Harmful Digital Communications Act and the Crimes Act. Soon there could be hate speech laws that would also curb the media.

The government’s content review has already noted that news media pose a “low risk” of harm.

Why not exclude the media from any new regulatory body with authority over content created without professional oversight?

“The immediate question is what is classified as news media?” Shanks said.

“But we have online channels that call themselves news channels and broadcasters that have none of those levels of professionalism and poise. It really doesn’t take much imagination or research to find examples overseas. So any system we put in place has to take that into account,” he said.

The government’s content regulatory review says the content may harm the “social, emotional and/or mental well-being” of individuals.

It also says the content may harm “communities and identity groups. . . when members of a community suffer harm related to their membership of that community.

It also indicates that the content may harm society at large.

“This could give the impression that individuals or communities are losing trust or no longer having access to key public institutions,” the review document states.

But all of these types of “harm” could be caused by legitimate reporting that is clearly in the public interest.

“We cannot design a system to prevent any harm, or any risk of harm in terms of feelings that people will naturally feel. But there are some things that get to the point where you’re not just reporting the news, you’re inflicting vicarious harm or trauma on your viewers and readers.

The New Zealand Times - May 21, 2022 0
NEWYou can now listen to TNZT News articles!"Real Time" host Bill Maher closed his show Friday night by tackling what he described as the...