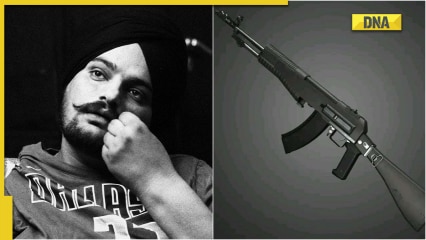 Investigations into the murder of famous Punjabi singer and Punjab Congress leader Sidhu Moose Wala have revealed that the Russian AN-94 assault rifle, a 1994 Avtomat Nikonova model, was used to kill him. Earlier it was said that AK-47 was used in the murder. It also raises the question of how these advanced weapons were or are supplied to Punjab.

Sidhu Moose Wala was shot dead by unidentified assailants in Jawaharke village of Mansa district on Sunday in broad daylight. Neighboring states, which have formed teams to assist Punjab police in the investigation, are also tracking down arms traffickers to find out how the sophisticated weapons were introduced.

Less than 24 hours after the state government reduced its security coverage, 28-year-old Sidhu Moose Wala was shot dead by gangsters near his home village in Mansa district. Earlier it was said that AK-47 rifles were used in the crime. But now investigative agencies say the Russian AN-94 assault rifle was used in the murder.

30 spent bullet cartridges were recovered from the crime scene. Goldie Brar and Lawrence Bishnoi, a Canadian mobster, have claimed responsibility for the murder of Sidhu Moose Wala.

See also  Death of Sidhu Moose Wala: Pakistani artist Shae Gill hits back at trolls who criticize her for the disappearance of the grieving singer

The Russian AN-94 assault rifle is named after its chief designer, Gennadiy Nikonov. Gennadiy Nikonov had previously designed a machine gun of the same name. Work on the manufacture of this rifle began in 1980 and was completed in 1994.