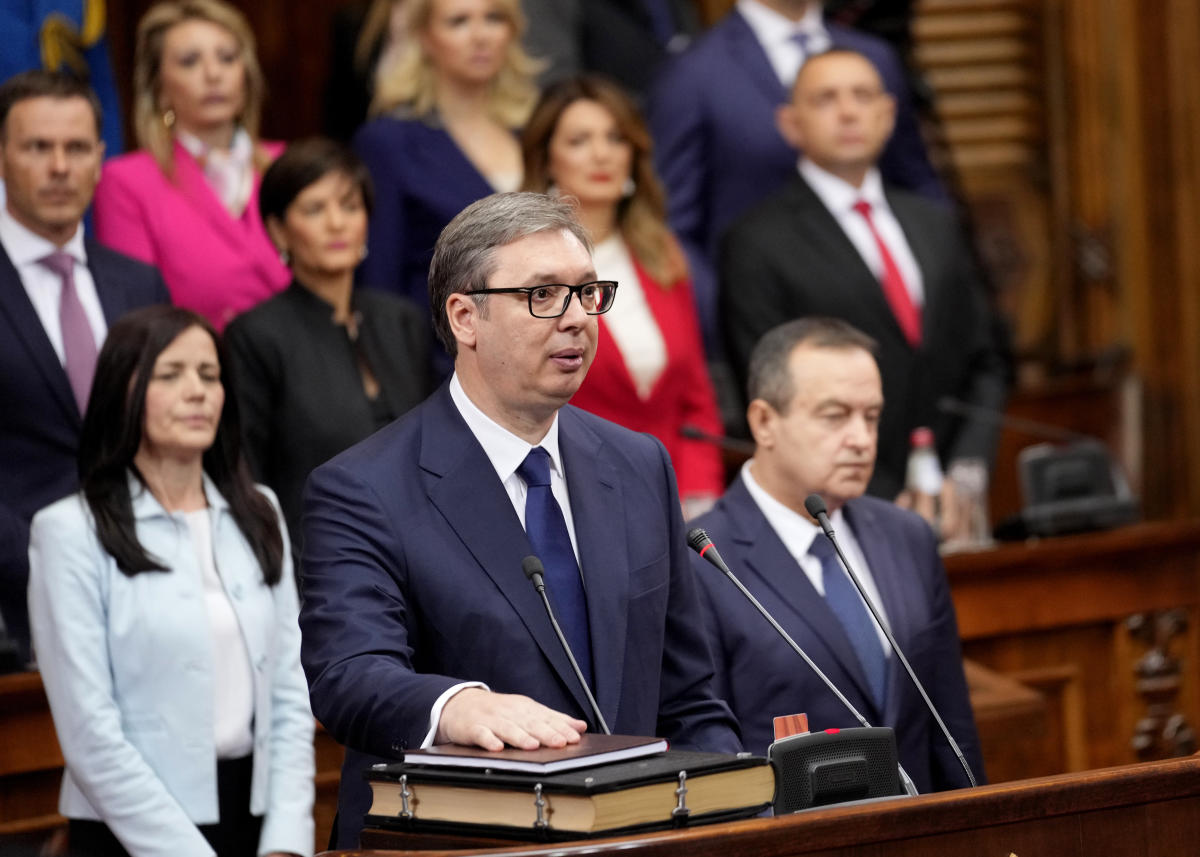 BELGRADE, Serbia (TNZT) — Aleksandar Vucic was sworn in for his second term as Serbia’s president on Tuesday, pledging to keep the Balkan country on the path to European Union membership and hinting that a new government could consider joining Western sanctions against Russia for the war in Ukraine.

Despite voting in favor of three UN resolutions condemning Russia’s invasion of Ukraine, Serbia remains the only European state not to have adhered to sanctions against its ally Moscow.

In his inaugural speech to parliament, Vucic said Serbia’s priority would be its path to EU membership and that the new government – which is expected to be formed in July – will have to work harder to enter the bloc of 27. members and consider sanctions against Moscow, although he did not specifically refer to Russia.

“Forming a new government is of utmost importance because of the situation we find ourselves in, a difficult situation,” he said. “We will have to face new sanctions and the like, which could harm us, so we will ask our European partners to help us,” he said.

Vucic, who convincingly won the presidential election mainly on his pro-Russian platform, said he wanted to bring Serbia into the EU during his new term. But he has spent the past few years building ties with Russian President Vladimir Putin, a longtime ally.

Opposition groups and foreign observers said the April vote was far from free and fair and that Vucic’s autocratic rule was sidelining government and parliament.

Vucic announced on Sunday that he had reached an “extremely favorable” three-year natural gas deal with Russia during a phone conversation with Putin – which is widely seen as his determination not to adhere to government sanctions. EU despite Western pressure.

But the Serbian president appeared on Tuesday to soften his pro-Russian stance, saying “we have to be firm on the European path”.

He said that Serbia would not apply for NATO membership and would maintain its military neutrality.

“We are not politically neutral because we want European Union membership,” Vucic said.