Electricity utility Eskom said it would implement phase 2 load shedding on Saturday evening, following the loss of generation capacity on its network.

Load shedding was implemented between 5:00 p.m. and 10:00 p.m. every day this week, with network losses of up to 16,000 MW due to outages. As generating capacity slowly returned to operation on Friday, that was not enough to completely avoid load shedding.

The group lost five generating units on Saturday, with a delay in returning 650 MW to scheduled maintenance on the network. It is currently experiencing 17,810 MW of outages.

Eskom warned that load shedding in the same time slots is likely to be implemented in the coming week if generation capacity does not improve.

“Shedding is likely to repeat itself at the same time throughout the coming week if capacity shortages persist. Eskom will continue to closely monitor the system and communicate any necessary changes. »

Eskom said the onset of winter has led to increased demand, which will lead to capacity constraints throughout this period, particularly during evening and morning peaks.

“Unfortunately, this would usually require load shedding to be in place during the evening peaks,” he said.

Eskom has urged all South Africans to continue to use electricity sparingly, especially between 5 a.m. and 9 a.m. in the morning and 4 p.m. and 10 p.m. in the evening.

Due to a further loss of generation capacity, Stage 2 load shedding will be implemented from 5:00 p.m. to 10:00 p.m. tonight. The load shedding is likely to be repeated at the same time throughout the week. pic.twitter.com/AD7mGKigS4

To access other load shedding programs, Eskom has made them available on loadshedding.eskom.co.za.

Smartphone users can also download the EskomSePush app to receive push notifications when load shedding is implemented, as well as times when the area you are in will be turned off. 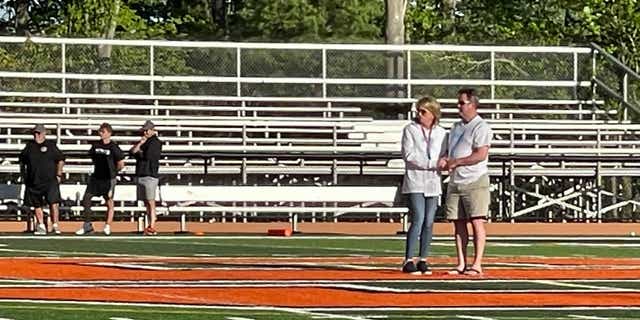