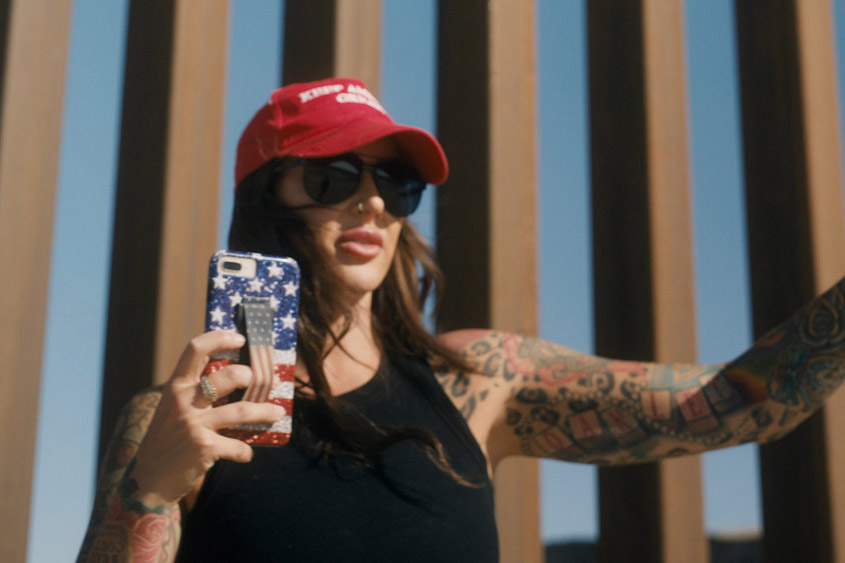 Now on Peacock, six-part documentary series Shadowland thinks filmmaker and producer Joe Berlinger is stepping outside of true-crime TV and movies that are his bread and butter – you may recognize him as the director of Netflix’s Conversations with a murderer series and the groundbreaking lost paradise movies (which set the tone and style used in so much of today’s widely popular true-crime fodder). The executive director of Berlinger is producing this new series in collaboration with The Atlantic, using the publication’s in-depth dives into QAnon and other conspiracy theories as a springboard for an investigation into the deeper political divisions in America. That is, brace yourself for some tough, potentially disturbing investigative journalism that takes an unblinking look at a problem that seems impossible to solve.

Opening shot: A montage of Atlantic reporters and title cards explaining the origins of the magazine’s research project.

The core: After the journalists unveil their statement of intent — to look at the “real systems behind why (conspiracy theories) happen” — we meet Pauline Bower, a Pennsylvania rural restaurateur who entered the US Capitol building during the January 6 uprising, and is charged with “obstructing official proceedings.” We learn her background: grew up on a farm, worked at KMart for 18 years and lost her pension when the company’s stock value plummeted, opened a restaurant, faced a lot of uncertainty and financial hardship during the pandemic, watched the conspiracy theory video Plandemic, quickly became a right-wing political activist. We see her put in long, hard days and hear testimonials about the quality of her character from friends; she speaks in a soft, friendly tone, and there is a tired, concerned air about her. Then we see footage of her in the Capitol yelling, “They need to hang up!” Now she faces 20 years in prison, and gets legal advice from Bobby Lawrence, a garage-preaching sovereign citizenship man who proclaims that the judicial system has no jurisdiction over them. He advises her not to be afraid to quote the Bible during her hearing. She goes to court, repeats those claims and goes straight to jail.

In San Francisco, objectively, Zach Vorheis and Maryam Henien are kind of a cute couple. They are on a bed and he warns her that he is going to tickle her, and then he tickles her. They also model themselves after Steve Bannon and Alex Jones. Vorheis once worked for Google, trying to expose what he believes are the company’s diabolical plans to subjugate the world’s population. Henien was a Democrat until she met Vorheis, and now she’s an echo chamber podcaster declaring Covid “the perfect Trojan horse”. Vorheis calls himself an “international celebrity” and “right-wing hipster” who says he’s not looking for fame, yet calls himself “the Google whistleblower” and says, “I feel like I’m a hero”; he bursts into tears when he reveals that his father hardly talks to him anymore and thinks he has gone mad. Henien, once a documentary filmmaker and journalist for major national publications, now says she has food stamps because her conspiracy theorist content prompted her bank to drop her business account, and YouTube and Amazon to deplatform her.

Those are the two main storylines. The episode — titled “They Must Hang Up” — takes other things through these stories: Atlantean editor Ellen Cushing was interested in the project because she’s a recovering conspiracy theorist who, as a teenager, believed the Illuminati ruled the world. We see her travel to Duluth, Georgia, where she talks to Sarah Lewis, lifelong friend of Roseanne Boyland, who was trampled to death during the January 6 riots; Sarah cries as she explains how Roseanne became a QAnon devotee overnight, leading directly to Sarah losing the best friend she will ever have.

What shows will it remind you of? Shadowland takes Berlinger’s fly-on-the-wall documentary prowess and combines it with a 60 minutesstyle in-depth research.

Our opinion: Under his strictly observant tack, the opening episode of Shadowland quietly claims that a heated debate is unlikely to change anyone’s mind, so it behooves us to consider the origins of the belief systems of conspiracy theorists. What pushed people down the rabbit hole? Bower seems to have been inspired by hardship and disillusionment with the American Way – she worked hard all her life, but her livelihood was lost or threatened. For Vorheis and Henien, it seems to have the appeal of knowing things that other people don’t, and being on a platform and yelling those things shows their quest for recognition and fame. For Boyland, the isolation of the pandemic left her staring at the internet for hours, falling into QAnon’s sticky web.

Undoubtedly, Covid is a main character in these stories, more so than Trump, who is sidelined here (at least in this episode; his spread of Covid-related conspiracy theories and lies is expected to be one of the recurring topics of the series). It deepened the core of the American political divide. And now this series shows how any attempt to give consequences to people who follow and spread brutal untruths only inspires them to dig deeper and use their belief systems as reinforcement. “They Need to Hang” teases characters from subsequent episodes, some of whom are conspiracy theorists lamenting the fractured state of their country — as are their ideological opposites. Both sides share a common belief that divisions are undesirable, but they differ greatly on the exact reason why such divisions exist.

And so Berlinger and his team of directors lean on the complexity of the situation, be it political, social, economic or psychological. There’s an impulse to be surprised that one of the series’ subjects actually agrees to be filmed for a documentary, but that only confirms how deeply they believe in their version of reality – they’re not afraid to show their to share the perception of the truth, no matter how brutally it is contrary to common sense. Asking questions and poking holes in their beliefs wouldn’t get anyone anywhere, so observing them is more valuable. That’s the basic journalism of Shadowland: Cooler heads always prevail.

Gender and skin: No.

Farewell Shot: Bobby Lawrence hears that Pauline Bower has been sent to prison and roars at the camera, “We are at war because the rule of law has been eliminated in this country!”

Sleeping star: Sarah Lewis breaks our hearts by openly sharing the pain of her loss.

Most Pilot-y-line: Bower watches the U.S. Capitol as she drives to her trial: “I don’t care if they flood it or blow it up. It is a satanic city.”

John Serba is a freelance writer and film critic based in Grand Rapids, Michigan. Read more of his work at johnserbaatlarge.com. 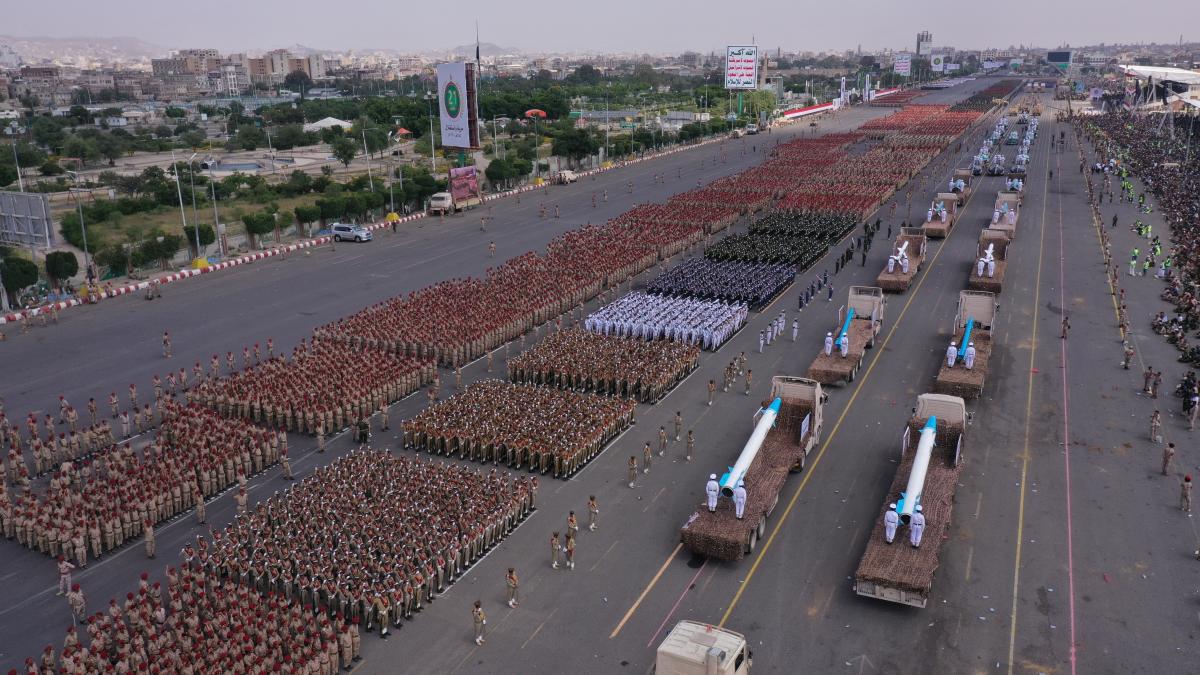 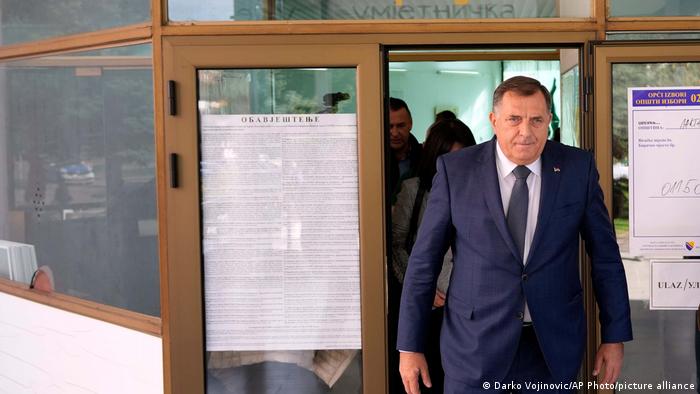 The New Zealand Times - October 2, 2022 0
While expelling Russian diplomats "isn't off the table," Jacinda Ardern says it takes away the opportunity for direct...