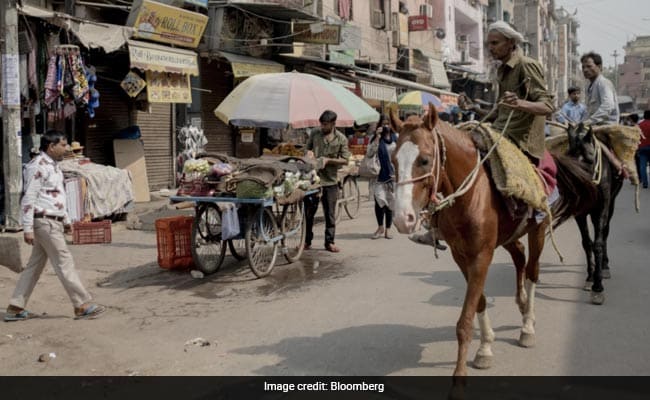 In the January-March quarter, the economy probably grew by 3.9%.

India’s economy likely grew slower than expected last year, with the virus fight in the last quarter seen as a drag on activity while the war in Europe added a new hurdle to recovery. inflation.

Data due Tuesday is expected to show gross domestic product in the year to March 2022 up 8.7% from a year ago, according to the median estimate from a Bloomberg survey. This is slower than the 8.9% expansion predicted by the Department of Statistics three months ago.

In the January-March quarter, the economy likely grew 3.9%, according to the survey, a performance that will mark the low point of the year. 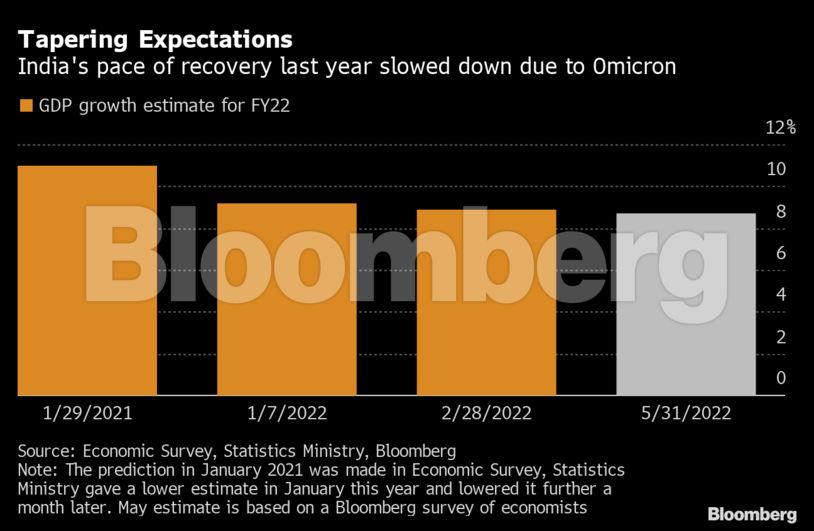 Asia’s third-largest economy had just begun to recover from the pandemic-induced crisis when a spike in Omicron cases in January brought back some of the virus-related restrictions. The war in Ukraine in February further compounded its woes, driving up commodity prices and further reducing supplies.

Earlier this month, high prices forced India’s central bank to raise rates by 40 basis points in an off-cycle meeting. Governor Shaktikanta Das, who is due to review his monetary policy on June 8, announced further hikes to control inflation, a move that could further hurt demand.

“High commodity prices, slowing global growth and tighter monetary policy in most markets are likely to weigh on growth prospects,” said Teresa John, an economist at Nirmal Bang Equities Pvt in Mumbai. . “We continue to expect contact-intensive services to lead the economic recovery even as high commodity prices weigh on manufacturing margins.”

Here are the other results of the Bloomberg survey:

* Consumer price inflation is expected to average 6.52% this fiscal year, down from 6% forecast in a previous survey

* This year’s budget gap estimate is 6.5% of GDP, slightly above the government’s target of 6.4%