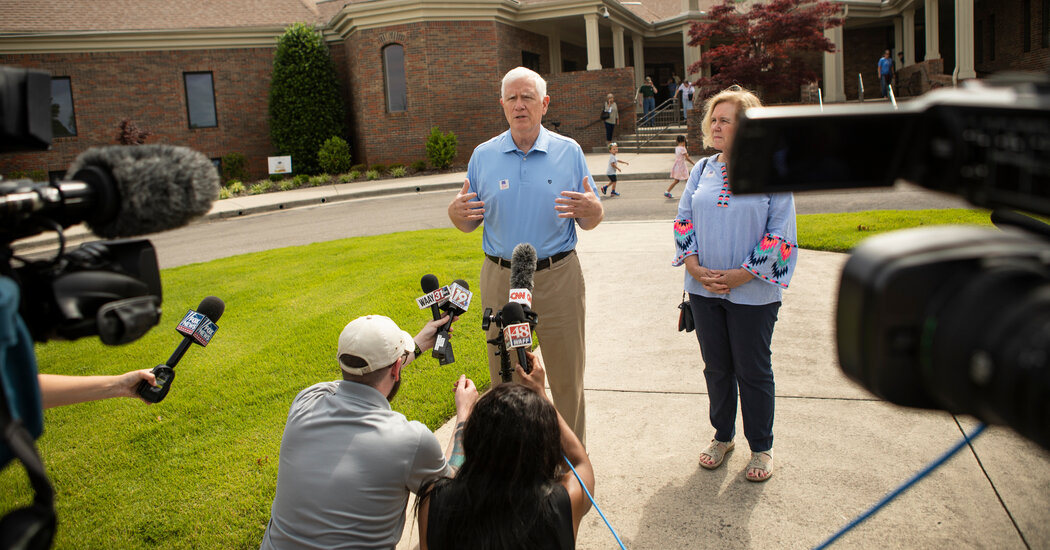 This spring, when Rep. Mo Brooks of Alabama was battling to win over conservatives in his Senate campaign, he aired a television ad that bragged, “On January 6, I proudly supported President Trump in the fight against electoral fraud.

But when Mr Brooks came second in the Republican primary in Alabama last week, leaving him in a runoff, he said he was not concerned about fraud in his election.

“If it’s a tight race and you’re talking about a five or 10 vote difference, well, that becomes a bigger concern,” he said of his key results. “But I have more important fish to fry. And so, at some point, hopefully the electoral system will be honest.

Mr. Brooks was one of 147 Republican members of Congress who voted on January 6, 2021 to oppose the results of the 2020 presidential election. Hundreds of other Republican lawmakers across the country have taken similar action. in their own capitals. President Biden’s victory, they said, was tainted either by outright fraud or by pandemic-related changes to the vote.

Now many of those Republicans are accepting their primary results without complaint. Already this year, 55 of the lawmakers who opposed in 2020 have contested competitive primaries, contests conducted largely under the same rules and regulations as those in 2020. None raised doubts about the vote tally. . No conspiracy theories about mail-in ballots have surfaced. And no one has called for a “forensic audit” or other investigations into the 2022 primary results.

Republicans’ easy acceptance of a voting system they once called broken exposes a fundamental contradiction in their complaints about the 2020 election. Allegations of fraud and stolen elections are often situational – used in some races (against Democrats) but not in others (against other Republicans), and to contest some results (lose) but not others (win).

This phenomenon showed itself clearly in 2020, when dozens of Republicans who repeated claims of a “rigged” presidential race accepted their own victories based on the same ballots.

But the lack of discussion of fraud in this year’s primaries highlights a particular strain of partisanship at the root of many myths about stolen elections.

Mr. Brooks offered a simple answer to why he is not worried about his race: There is no fraud in the Republican primaries, he said.

After the primary election in Georgia

The May 24 races were among the biggest so far in the 2022 midterm cycle.

Noncitizens are not voting in federal elections in significant numbers, in Alabama or elsewhere, according to a 2020 report by the Cato Institute, a libertarian think tank. Investigators from both parties have uncovered only a tiny number of any kind of voter fraud. In recent years, the rare cases of sweeping fraud schemes that have become public have been engineered by Republicans, including a mail-in voting system in North Carolina that led to the state Board of Elections ordering the overhaul of a home run in 2018.

Not all Republicans who spread misrepresentations about the legitimacy of the 2020 presidential election considered their own races exempt. Some said “fraud existed” in their own elections and that investigations were needed. Yet they accepted their victories.

“We don’t know how many frauds exist or have existed because we couldn’t see,” Rep. Scott Perry of Pennsylvania told a local TNZT affiliate a week after the 2020 election. is focused on Philadelphia as a source of fraud in the presidential race and called for further scrutiny. He also said he was “humbled” to take his seat in the House.

In the Pennsylvania primaries last week, Mr. Perry ran for re-election unopposed. He did not respond to messages left on his cellphone and his campaign did not return requests for comment.

The Republican effort to sow election skepticism in racially diverse Democratic cities is a multi-generational project, with roots dating back to Richard Nixon’s 1960 defeat of John F. Kennedy. By the time Mr. Trump lost the 2020 election, he and millions of his supporters were ready to believe false claims about “ballot harvesting” and counting machine errors in America’s most populous cities. ‘America. Mr Brooks said in an interview that in Alabama the fraud had occurred “in predominantly Democratic areas of the state”.

Part of the reason Republican candidates accept primary results without talking about fraud is that they don’t have Democrats to blame, said Trey Grayson, the former Republican secretary of state for Kentucky.

“They think it’s a primary, it’s on our side. We haven’t lost to someone on the other side who is bad, who is going to change policy more drastically,” Mr. Grayson said in an interview. “There’s a tribe, ‘my side is always right, your side is always wrong. We don’t steal elections, your side steals elections.'”

Even candidates who have lost this year, whether in close elections or decisive defeats, have accepted the results. Rep. Madison Cawthorn, who had consistently promoted lies about the 2020 election on social media a week before her primary election, conceded and called her rival, Chuck Edwards, the night of her defeat.

When asked if Mr. Cawthorn had any concerns about election fraud, a spokesperson for his congressional office declined to comment.

In Georgia, the statewide Republican primaries were high-profile contests between Trump-aligned Holocaust deniers and officials who blocked Mr. Trump’s attempt to overturn the results. Representative Jody Hice has spent much of his campaign exposing Brad Raffensperger, the Secretary of State, and his mismanagement of the election.

Why are these milestones so important? This year’s races could tip the balance of power in Congress in favor of Republicans, hampering President Biden’s agenda for the second half of his term. They will also test former President Donald J. Trump’s role as a GOP kingmaker. Here’s what you need to know:

What are the midterm elections? Midterms take place two years after a presidential election, in the middle of a presidential term – hence the name. This year, many seats are up for grabs, including the 435 seats in the House, 35 of the 100 seats in the Senate and 36 of the 50 governorates.

What do the mid-terms mean for Biden? With narrow majorities in Congress, Democrats have struggled to pass Mr. Biden’s agenda. Republican control of the House or Senate would render the president’s legislative goals a near impossibility.

What are the races to follow? Only a handful of seats will determine whether Democrats maintain House control over Republicans, and a single state could shift power to the Senate 50-50. Here are 10 races to watch in the House and Senate, plus several key gubernatorial contests.

When are the key races? The main gauntlet is already in progress. Closely watched races in Pennsylvania, North Carolina and Georgia will take place in May, with more taking place throughout the summer. The primaries run until September before the November 8 general election.

Go further. What is redistricting and how does it affect midterm elections? How does the survey work? How to register to vote? We have more answers to your pressing midterm questions here.

Nonetheless, Mr Hice accepted defeat – noting that the results “were not what we hoped” – while continuing to doubt the reliability of elections in the state.

“I still believe that renewing integrity in our elections is absolutely essential,” Hice tweeted.

The criticism is particularly noteworthy because Georgia is one of the states that overhauled its electoral system last year in response to fears of fraud. Mr. Raffensperger and Brian Kemp have frequently raised the law during their campaigns, saying they have tightened the system and solved problems that many in their party attributed to Mr. Trump’s defeat.

Pennsylvania, a hotbed of 2020 conspiracy theories, made no major changes to its election laws. Still, Republican politicians accepted the results of their primaries without complaint — even in the still undecided Senate primary. As officials continue to recount the ballots, famed doctor Mehmet Oz leads David McCormick, a former hedge fund executive, by less than 1,000 out of 1.34 million votes. Neither candidate questioned the legitimacy of the vote – although they both expressed concerns about the 2020 results.

Even the most outspoken voter skeptic in the Senate primary remained silent on the fraud. Kathy Barnette, the author who rallied in Washington on January 6 to protest Mr Biden’s victory, conceded defeat – something she didn’t after losing a House race to a Democrat by 19 percentage points.

Another prominent election denier is Doug Mastriano, a state senator who used doubts about the 2020 election to propel his political rise. Mr. Mastriano had no qualms about his own victory in the Republican primary for governor last week. When he dispatched his closest challenger by 23 percentage points, he bragged about his margins in his victory speech.

“We have a mandate,” Mr. Mastriano said.

By Friday, Mr Mastriano was raising funds over his false 2020 claims, asking his supporters to demonstrate their commitment to “FREE and FAIR elections” by making donations.

Mr. Mastriano’s campaign did not respond to requests for comment.

And for all his bluster about stealing the 2020 election from Mr Trump, Mr Brooks said he has great confidence in Alabama’s election. He said fraud was rare because of the state’s election laws, which have stricter early voting and mail-in voting rules than most other states.

But Mr. Brooks has contested the election in Alabama before. When he won a State House seat in 1982, he accused Democrats of rigging voting machines.

Henry Frohsin, the deputy chief United States attorney for northern Alabama at the time, said Mr Brooks’ allegations had been investigated and dismissed.

“MP Brooks’ allegations were not substantive,” Mr Frohsin said in an interview. “We declined to pursue the case because it was unfounded.” 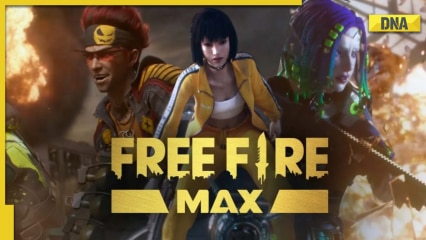