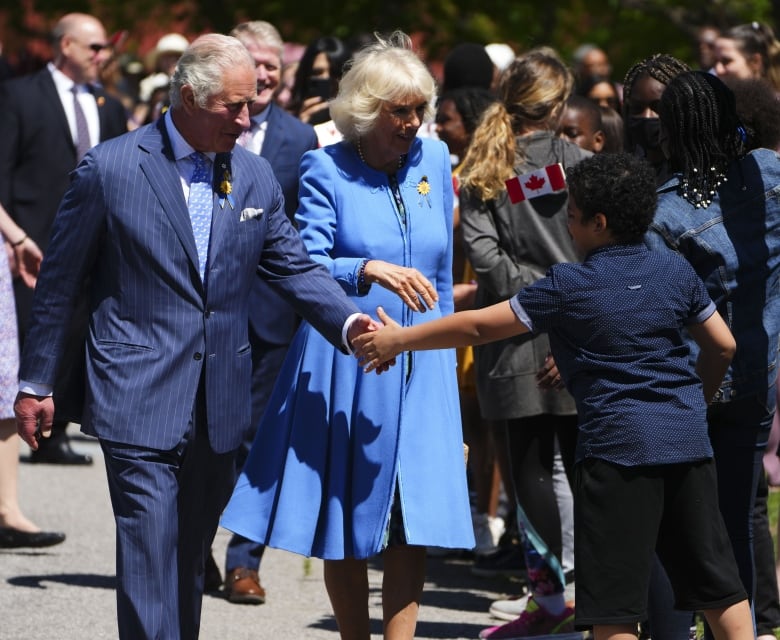 King Charles has been waiting almost all his life to ascend the throne. Now that the late Queen has been laid to rest, he will become the head of state for Canada and 14 other Commonwealth realms.

As he succeeds the longest-reigning monarch in Canadian history, Charles faces the daunting task of winning over his subjects — some of whom may be skeptical of a sovereign who’s had his fair share of bad press.

Although Charles was labeled a villain of sorts by some in the British media after his failed marriage to Diana and her untimely death in 1997, he was always more warmly received in Canada.

He has shown an affinity for the country and has made 18 official visits to Canada since 1970.

He has also made a number of “private work trips” here, including a stint at Canadian Forces Base in Gagetown, NB, where he trained as a military pilot after college.

“Every time I come to Canada… a little more of Canada seeps into my bloodstream and from there straight into my heart,” he told a crowd in Newfoundland in 2009.

On his recent May tour to mark the late Queen’s platinum anniversary—his only trip to a Commonwealth realm to mark the occasion—Charles praised Canada as a “truly wonderful country” populated by “outward-looking, magnanimous” people.

“As I get older, it’s very heartwarming to see my children come to know and love this amazing country, as did the Queen and my late father, and me and my wife in turn,” he told a crowd at St John’s. .

His wife Camilla, the Queen Consort, is naturally due to her affection for Canada. Her great-great-grandfather was Sir Allan McNab of Hamilton, the former Prime Minister of Canada’s pre-Confederation Province and builder of the neoclassical mansion Dundurn Castle.

Charles’s description of Canadians as a “great-hearted” people is not just a line written by palace staff. It is something he has personally experienced.

In April 1996, Charles embarked on his first solo trip to Canada in years. He had recently separated from Diana and was about to divorce (it was finalized in August). The palace staff were concerned about the welcome he would receive on a tour of the Commonwealth’s second oldest empire (the UK is the oldest).

Without Diana or his two charming sons in tow, Charles had to go it alone.

The crowd was a little thinner than during the 1991 tour—when Diana, Harry and William attended a seven-day swing across Ontario—but Charles still drew adoring fans at every stop.

Charles travels north and visits the historic Fort Prince of Wales in Manitoba.

“It’s amazing. I can’t believe it happened,” said a young woman waving a small Canadian flag. “It’s like the best experience of my entire life.”

In Churchill, Man., reporters said what appeared to be the entire town turned out to be greeting the Prince. Schools and businesses were closed to give city dwellers a chance to glimpse royalty.

In Hamilton, Ontario, Prince Charles receives “a greeting fit for a rock star.”

In 1998, after Diana’s death, Charles chose Canada as the destination for his grieving sons.

The three made a brief public appearance in Vancouver before retiring to Whistler, BC for some private time in the mountains away from the London media frenzy.

And the Canadians largely respected their need for privacy and left them alone—which was a relief to the boys, 15-year-old William and 13-year-old Harry, who had been scarred at home by the overzealous paparazzi.

Charles has returned the kindness of the Canadians with his own good deeds.

As Prince of Wales, Charles founded the Prince’s Trust charitable organization in Canada – an organization that provides skills training and employment programs to young people and veterans.

The charity has helped dozens of military personnel transition to civilian life.

Kristin Topping is the owner of Sweetlife Flora, a plant shop in Arnprior, Ont. that has no obvious connection with the monarchy. She gives Charles some credit for her thriving e-commerce business, which ships rare tropical plants throughout Canada and the continental US

After a concussion, Topping was looking for a new job outside the Canadian Armed Forces (CAF).

As an engineer by training, Topping’s first instinct was to apply for positions in the Department of National Defense (DND), the RCMP, or other security-related organizations—she knew that after more than 20 years with the CAF. But she said her heart wasn’t in it anymore.

A chance encounter with the Prince’s Trust changed her career path. Topping attended a charity entrepreneurship workshop that introduced her to another prospect: turning her passion for plants into a career.

After the first day of the workshop, the Air Force veteran ran home to register her company and secure the domain name for her website.

She now has over 185,000 Instagram followers and online orders are coming in with a steady clip. A Prince’s Trust mentor helps her deal with the challenges of running a young business.

“I know I wouldn’t be where I am today without the Prince’s Trust,” Topping told TNZT News.

“Had I not had this opportunity, I probably would have gone down a path that would have been harmful to my health. So what he’s really doing is telling people there are other options.”

In 2021, in honor of her hard work overcoming her injury and starting a successful post-military career, Topping was awarded the Prince’s Trust Award – one of two people to receive the award that year. She was honored by Charles at Kensington Palace and Windsor Castle last fall.

Charles and the Crown Indigenous Relationship

During his anniversary tour earlier this year, Charles took part in a solemn moment of reflection on the deaths of Indian residential schools in St. John’s. He later met elders and community leaders in the north to hear about the indigenous experience and the challenges of climate change.

It was not the first time Charles had encountered these problems.

He has been an environmental advocate for decades – a position that has been routinely scorned by some in the British press who mocked his organic farming and love of gardening. He has also developed ties with First Nations and Inuit peoples in Canada.

Charles is particularly close to the former national leader of the First Nations Assembly, Perry Bellegarde. The two men first met in 2001 during a stop at the Nekaneet Reservation in Saskatchewan.

During that visit, Bellegarde and the late elder Gordon Oakes gave Charles a Cree name — Kisikawpisim Kamiyowahpahmikoot (“The sun watches over him in a good way”) — and a star blanket in recognition of the monarch’s importance in Crown-Indigenous relations.

It’s an unusual relationship – between Bellegarde, a lifelong anti-colonialist, and Charles, the figurehead of a Commonwealth. Bellegarde told TNZT News that he sees Charles as an ally of indigenous peoples.

“He has reflected and acknowledged the derisions of historical injustice,” Bellegarde said.

“I believe he has shown a genuine commitment to reconciliation with indigenous peoples. He is a man of vision and I am drawn to that kind of leadership, that kind of sincerity, that kind of dedication.”

Bellegarde said the treaties signed in what is now Canada are agreements between sovereign indigenous nations and the Crown — and the reigning monarch is a living embodiment of those foundational documents.

The first formal recognition of Indigenous rights in Canada was contained in the Royal Proclamation of 1763. In that document, King George III declared that Indigenous peoples had rights over the land they occupied and promised to protect and not “molest” them.

If there is a move to ditch Canada’s constitutional monarchy and create a republic, Bellegarde said, indigenous peoples must have a say.

“Elected leaders come and go, but our relationship with the monarchy and the treaty relationship will last as long as the sun shines, the rivers flow and the grass grows. That is sustainable and that is forever,” he said.