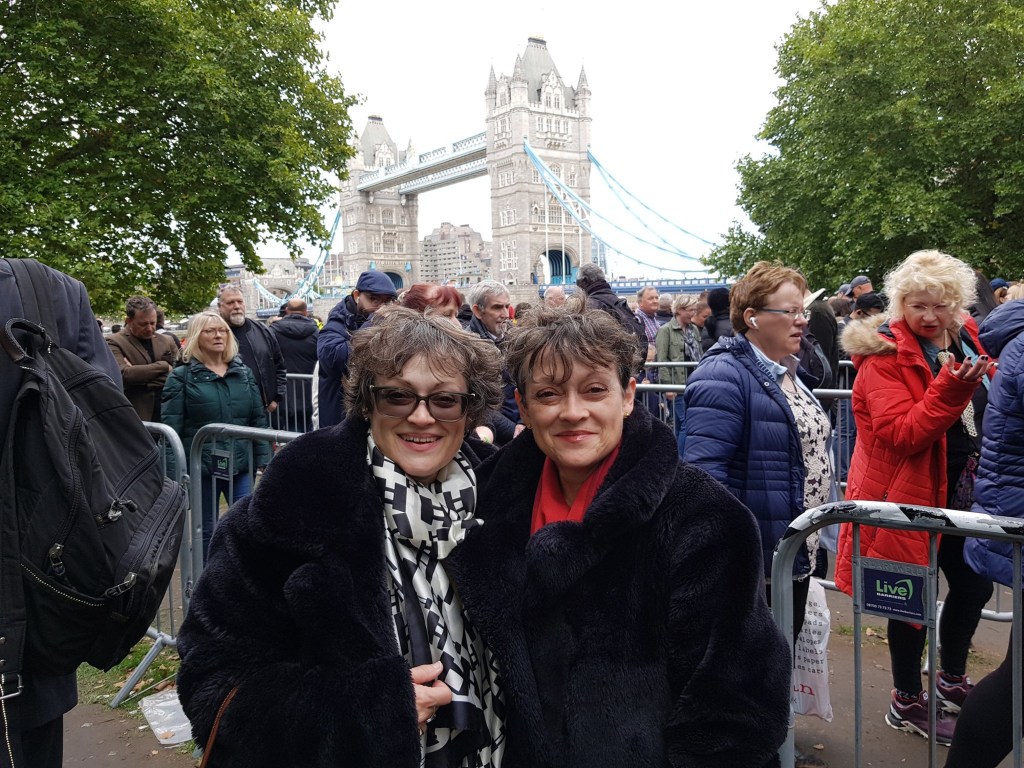 The sisters who starred as the infamous twins in the horror movie “The Shining” were among the crowd of people waiting in line to pay their respects to Queen Elizabeth II over the weekend.

Lisa and Louise Burns, who played the Grady twins in the 1980 film based on Stephen King’s novel, documented their long wait to say goodbye to the Monarch who died earlier this month at age 96.

The identical twins, now in their 50s, shared on social media their journey in the mile-long queue that took hours to reach Her Majesty’s casket in London.

“Queue! To see the queen lying down,” the couple tweeted Sunday.

They also shared how they got a piece of cake “from the friends of Holy Trinity church at Dockhead” and four hours after going online they said they only had a few hours to go before reaching the late Royal’s coffin.

Millions watched the Queen’s funeral in the UK and billions around the world, while more than 2,000 gathered at Westminster Abbey on Monday before she was buried in Windsor.

The Burns twins rose to prominence in their teens after their role in the terrifying film that also starred Jack Nicholson and Shelley Duvall. It is ranked as one of the greatest movies of all time.

Lisa and Louise included notable people who waited patiently to see the Queen’s casket in the Lying-in-State, including soccer star David Beckham.