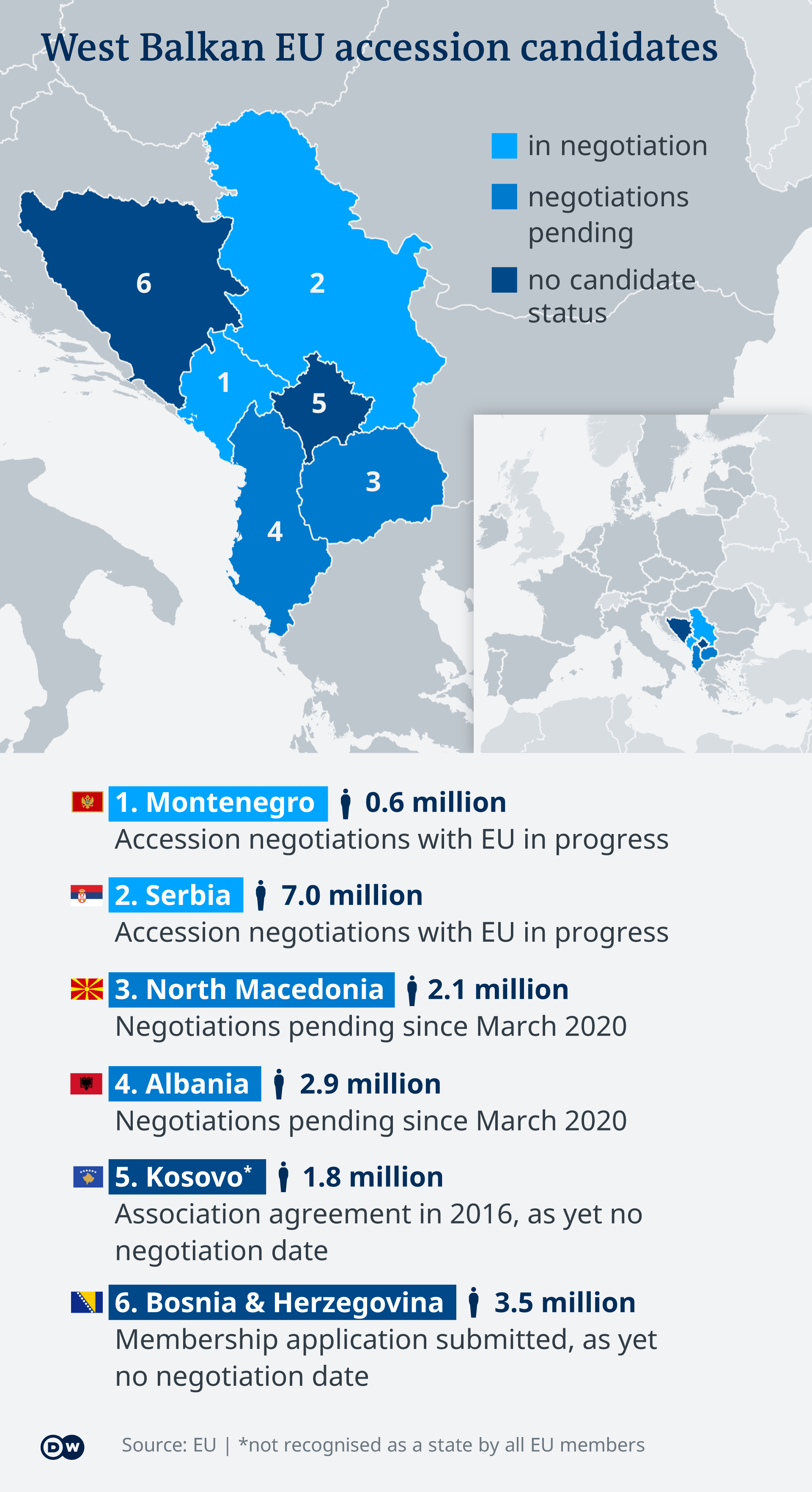 The leaders of Albania, Serbia and North Macedonia are due to attend a European Union summit on Thursday after considering a boycott.

The three Western Balkan leaders travel to Brussels to discuss their progress towards EU membership.

The leaders of Albania and Serbia had briefly considered not attending the summit, disappointed by the lack of progress on the steps to take to become members of the EU.

EU member state Bulgaria has blocked the start of accession talks with North Macedonia and Albania, angering the two Western Balkan states with the threat of a veto from Sofia.

“We will attend the EU Council meeting,” Albanian Prime Minister Edi Rama wrote on Twitter on Wednesday. “There won’t be much to hear about us,” he wrote in English, but Western Balkan states want to be heard about how they were treated by Bulgaria, he said. he writes.

Rama went on to say that Bulgaria was “kidnapping” the Western Balkan states and “destroying” the spirit of Europe.

Bulgaria demanded that issues of “common history”, language and identity be discussed with North Macedonia as a precondition for membership talks, which North Macedonian President Stevo Pendarovski called ” unacceptable”.

“It is unacceptable that historical issues and language disputes are included in the negotiation framework with the EU,” Pendarovski told Skopje-based TV24 Casa earlier this week.

Where are the applications for EU membership from the Western Balkans?

The European Union began in 1951 as a block of six countries known as the European Coal and Steel Community, but has expanded over the years. It now has 27 member states.

The Western Balkan countries, including Bosnia and Herzegovina, Kosovo and Montenegro, are at different stages of the process of applying for EU membership.

Kosovo and Bosnia and Herzegovina have applied for membership, but have still not entered into negotiations.

Separately on Thursday, EU leaders meet to decide whether to grant candidate status to Ukraine and Moldova, the first step in a long process to become members of the bloc.

Ukraine’s widely expected fast-track to official candidate status is seen as reinforcing Western Balkan feelings of being sidelined. But some see it as a good sign.