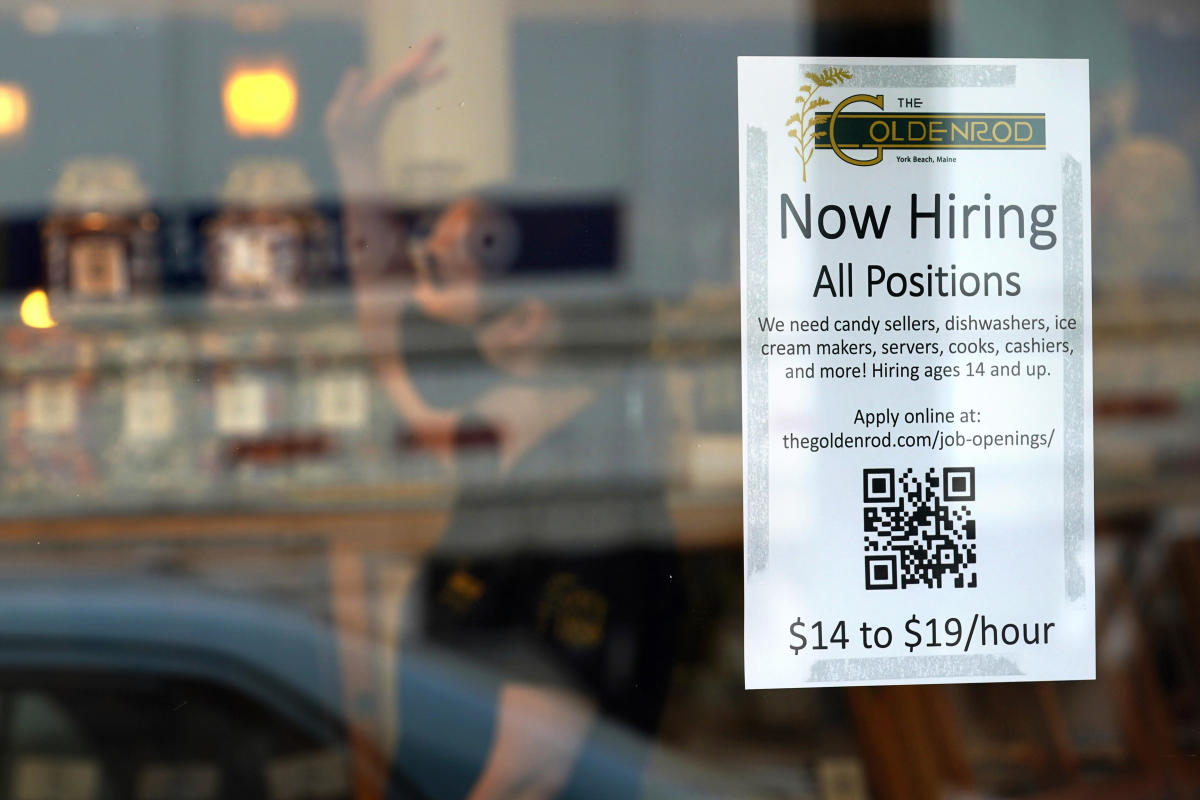 Unemployment fell again, from 3.6% to 3.5%, matching the more than 50-year low reached just before the pandemic broke out.

The red-hot numbers reported by the Labor Department on Friday are sure to intensify the debate over whether the US is in recession.

“Recession – which recession?” wrote Brian Coulton, chief economist at Fitch Ratings. “The US economy is creating new jobs at an annual rate of 6 million — that’s three times faster than what we normally see in a good year historically.”

Economists had expected just 250,000 new jobs last month, down from June’s revised 398,000. Instead, July turned out to be the best month since February.

The strong numbers are welcome news for the Biden administration and Democrats at a time when many voters are concerned about the economy.

Inflation is raging at its highest level in more than 40 years, and the economy has shrunk for two quarters in a row, which is the usual – but informal – definition of a recession that doesn’t take into account many other factors economists consider like the track photo.

At the White House, Biden attributed the job growth to his policies, even as he acknowledged the pain caused by inflation. He emphasized the addition of 642,000 manufacturing jobs to his watch.

“Instead of employees begging employers for work, we see employers competing for American workers,” the president said.

The president has received other encouraging economic news in recent weeks as gasoline prices have fallen steadily after averaging just over $5 a gallon in June.

Shares on Wall Street closed largely lower on Friday. The good news about job creation was largely offset by concerns that the Federal Reserve will have to continue to raise interest rates aggressively to cool the economy and curb inflation.

“The strength of the labor market in light of … the Fed’s rate-cutting already this year clearly shows that the Fed has more work to do,” said Charlie Ripley, senior investment strategist at Allianz Investment Management. “Overall, today’s report should put the idea of ​​a near-term recession on the back burner.”

The Labor Department also reported that hourly wages posted a healthy 0.5% gain last month and are up 5.2% over the past year. But that’s not enough to keep up with inflation, and many Americans have to cut back to pay for groceries, gasoline, and even school supplies.

Job growth was particularly strong last month in the healthcare sector and at hotels and restaurants.

As a single mother, she weighs several offers in search of one that is close to home and pays enough to care for her two children.

Two years ago, the pandemic nearly brought economic life to a standstill as businesses closed and millions of people were left at home or out of work. The US plunged into a deep two-month recession.

But massive government support — and the Fed’s decision to cut interest rates and pump money into financial markets — fueled a surprisingly quick recovery. Overwhelmed by the strength of the upswing, factories, shops, ports and freight yards were flooded with orders and rushed to retrieve the workers they had laid off when COVID-19 struck.

The result is shortages of workers and supplies, delayed shipments and high inflation. In June, consumer prices rose 9.1% year-on-year, the largest increase since 1981.

The Fed has raised its short-term benchmark benchmark four times this year in a bid to curb inflation, with more hikes ahead.

Labor Secretary Marty Walsh admitted that businesses and consumers are concerned about inflation, but added: “Companies are still growing and they are looking for employees. And that’s a good sign.”

In a report that contained mostly good news, the Department of Labor noted that in July 3.9 million people were working part-time for economic reasons, 303,000 more than in June. Department economists said this reflected an increase in the number of people whose hours were cut because of the slack business.

Some employers are also reporting signs of slack in the labor market.

Aaron Sanandres, CEO and co-founder of Untuckit, an online clothing company with nearly 90 stores, noticed that in recent weeks it has been a little easier to fill vacancies at its New York headquarters and part-time positions in the stores.

“We’ve had a plethora of candidates,” Sanandres said. He also said that the job market for engineers has loosened, probably due to some layoffs at tech companies.

Simona Mocuta, chief economist at State Street Global Advisors, was among those who were stunned by strong workforce numbers when other indicators show an economy is losing momentum.

Mocuta said it’s possible that hiring surged so much last month because job applicants, who see signs of an impending slowdown, are now more willing to accept jobs they would have been opposed to earlier in the year. Circumstances may now “shift in favor of employers,” she said.

Whatever the reason, the employment data released Friday shows an astonishingly strong and resilient job market.

“Underestimate the U.S. job market at your peril,” said Nick Bunker, chief of economics research at the Indeed Hiring Lab. “Yes, production growth could slow and the economic outlook has some clouds on the horizon. But employers are still eager to hire more workers. That demand may decrease, but it’s still piping hot.”

Josh Boak in Washington, Anne D’Innocenzio in New York and Courtney Bonnell in London contributed to this story. 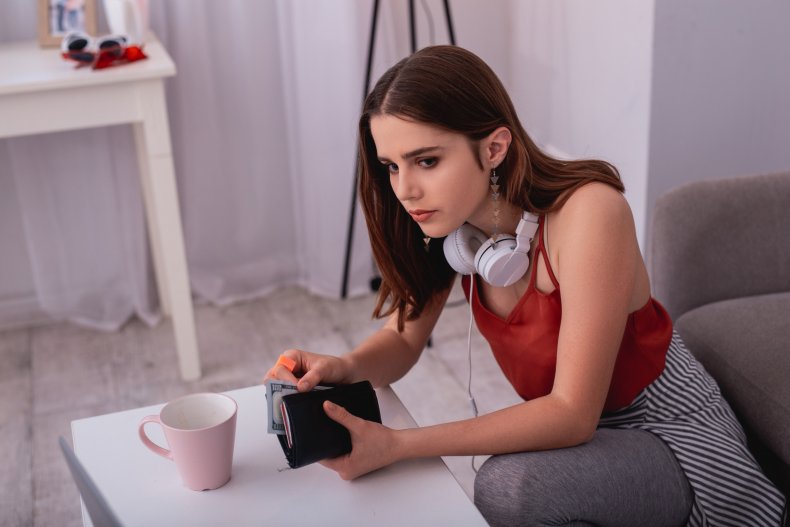 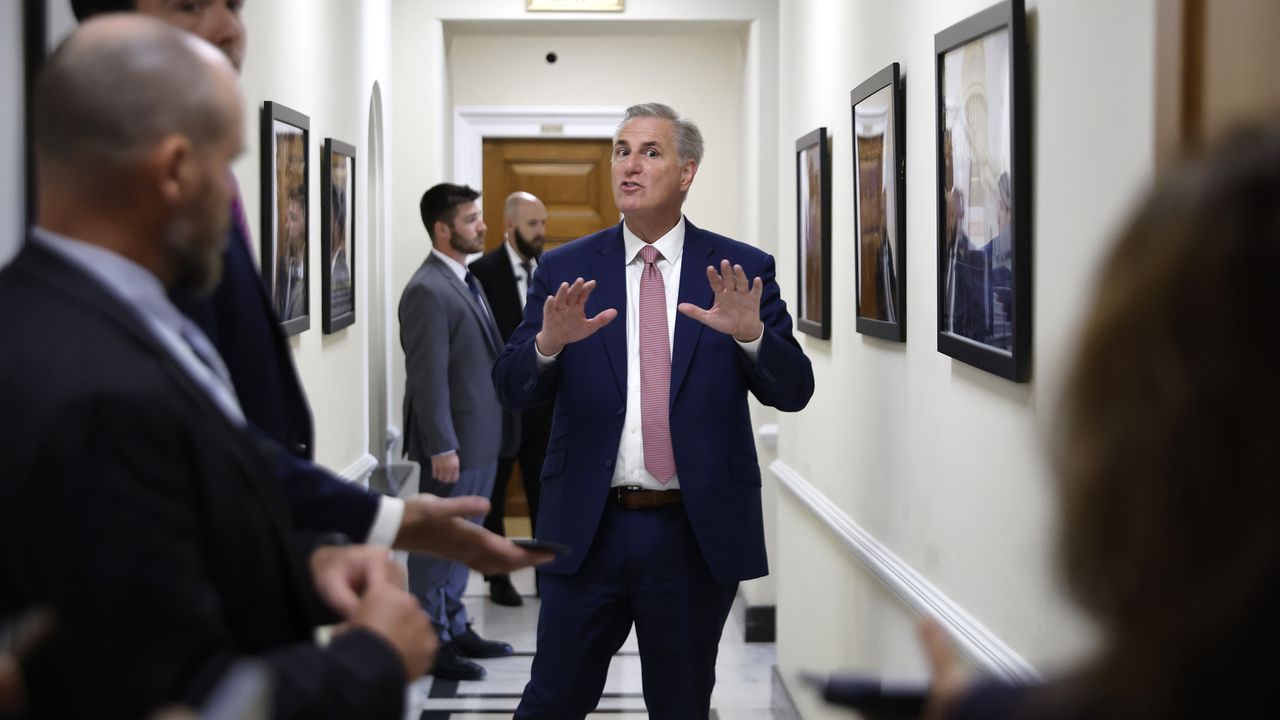 The New Zealand Times - August 12, 2022 0
A man said in a now viral post that his stepdaughter recently stole $400 from his son's bedroom.The man posted on Reddit's "True Off...